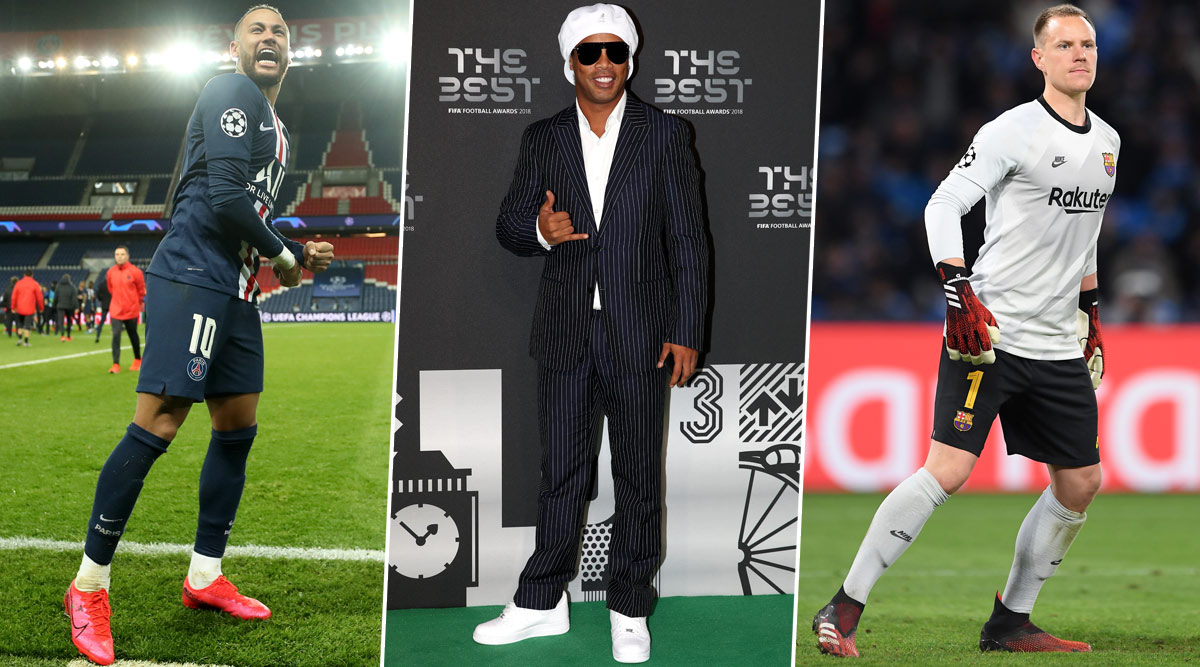 Football players are some of the most idolized sports personalities in the world and it comes as a shock to many when professionals say that they are not obsessed with the game. For every young kid who lives and breathes football, it is a dream to play professionally one day and there are a majority of people who feel the same way, but some of those who have lived the life in the limelight, don’t’ actually like the game very much. Lionel Messi in Premier League? Here’s Why the Barcelona Star Will Be A Force to Reckon With in EPL As Well.

There are many players in the world who see football as a mere job and not as a passion. It’s very hard to believe that someone who actually plays at the highest level in one of the biggest sports in the world, does not do it because of his love for the game but just because he can do it. So in this article, we take a look at some of the famous football players who don’t really like football.

The Barcelona goal-keeper is the most recent member of the football fraternity to reveal that he does not follow football once he steps away from the grass. ‘People laugh when I tell them I have no idea about football. I don't see a lot of football, except when there are good games or when I'm particularly interested in one because I have a relationship or a friend.’ He said.

The Paris Saint-Germain is considered by many to be one of the best players of his generation. The Brazilian superstar has won everything in football including league titles, Champions League and international honours but the former Barcelona man is not very fond of the game. ‘I don't like to watch football games when I’m not playing for Barcelona,’ he said in 2015.

It is not very surprising to see the Welshman’s name in this list as for the past few seasons’ the Real Madrid man is spending more time working on his golfing skills than a football field after falling out with manager Zinedine Zidane. ‘I don’t really watch much football, I’d rather watch the golf to be honest’ Bale told in 2018.

The Argentine footballer is one of the most decorated footballers in the world and has played for some of the biggest teams. Tevez has won the Premier League title win Manchester City and Manchester United but when asked about football he said ‘I don't watch any football on television. I don't like football, I've never been a fan of football, I simply like to play and to have the ball at my feet.’

The Brazilian has won everything there is to win from World Cup to Champions League’s but he does not like to watch the game. ‘I don't like to watch football, I like to play it, I can't stand in front of the television for 90 minutes, I only watch the highlights.’ Said Ronaldinho in January 2018.

The Italian had revealed on why he does not celebrates most of his goals. Scoring a goal is one of the best things on a football pitch but Balotelli dismisses it. ‘I do not celebrate my goals because it is my job, when a postman delivers a letter, does he celebrate?’ he explained.

One of the great players of his generations and amongst one of the great strikers Argentina has ever produced. Alessandro Rialti, the co-author of his autobiography confirmed during an interview said ‘He is a very good professional who doesn’t really like football. Once he leaves the stadium, he doesn’t want football encroaching upon the rest of his life.’