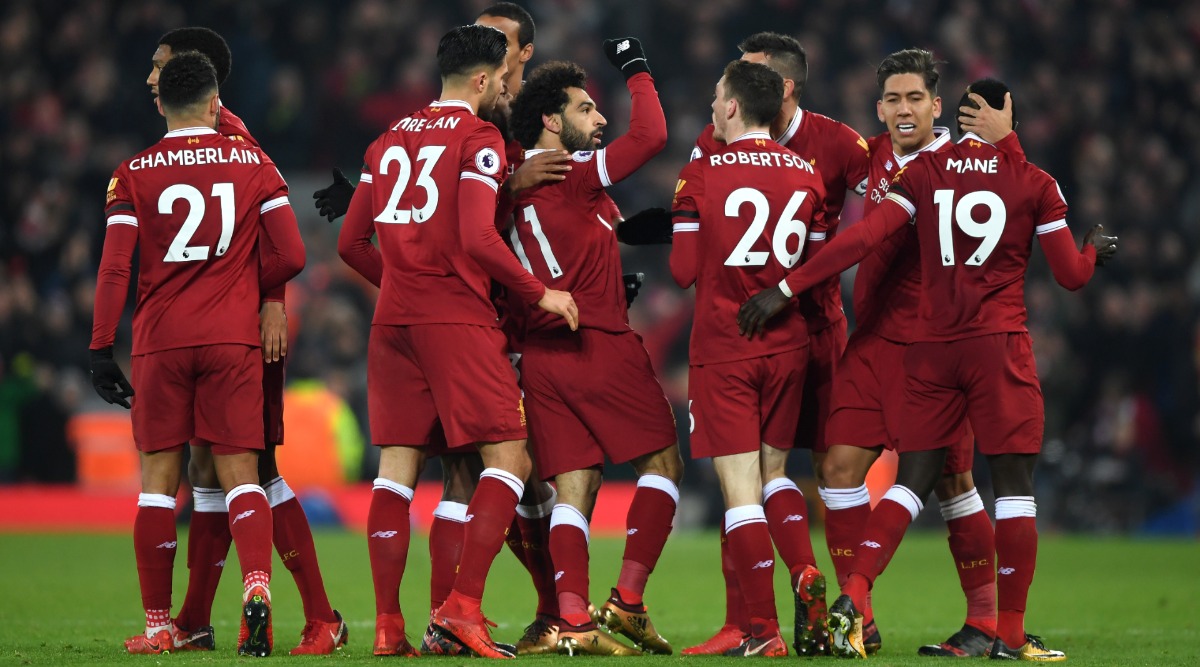 Manchester, December 5: Tottenham head coach Jose Mourinho was unable to exact revenge a year after his unceremonious exit from Old Trafford, with Manchester United recording a 2-1 win and earning payback for last season's humiliating home loss to the Spurs. Elsewhere, league-leader Liverpool on Wednesday put their devastating attack on display in a 5-2 victory over cross-town rival Everton, reports Efe news. Marcus Rashford, the Manchester United forward led the way for the Red Devils with two scores, one on a penalty conversion, while Dele Alli tallied one of the goals of the year for the visitors and Spurs keeper Paulo Gazzaniga's outstanding play kept the final score respectable. Look Forward to Winning FIFA Club World Cup With Liverpool, Says Virgil van Dijk.

Tottenham came into the match riding a three-match winning streak, but last season's Champions League runner-up appeared lost on the pitch due in large part to the poor play of midfielders Moussa Sissoko and Harry Winks. Manchester United struck their first blow in the sixth minute when Jesse Lingard forced the ball away from Tottenham defender Davinson Sanchez and it ended up at the feet of Rashford, who fired a shot past Gazzaniga at the near post. The home side then had several chances to add to their lead over a 10-minute span before the half-hour mark, with Rashford nearly scoring on a free kick, Mason Greenwood being denied by Gazzaniga, Rashford hitting the crossbar on a shot tipped by the Argentine keeper and Lingard curling a shot just wide of the post. How to Watch English Premier League Live Streaming on Amazon Prime Video in UK?

After dodging a bullet on numerous occasions, Tottenham equalised on a phenomenal goal by Alli in the 39th minute. On the play, the English midfielder battled for space while waiting for a toweringly high rebound to finally come down. He then produced a magical first touch to elude two defenders before slotting the ball past Manchester United goalie David de Gea from a difficult angle. The Spurs were somehow tied after a first-half dominated by the home team, but the Red Devils went ahead once again via a penalty after a clumsy challenge by Sissoko brought down Rashford in the area just after the intermission. The English international then converted the opportunity himself to make the score 2-1 at the 49-minute mark.

Goal chances were then few and far between the rest of the way, with Tottenham out of sorts and the Red Devils showing little urgency to add to their lead. With the win, Manchester United got revenge for a 0-3 home loss in August 2018 to Tottenham, one of the low points of Mourinho's two-and-a-half-year tenure at Old Trafford.

In another match, Liverpool were still explosive in attack at Anfield stadium even though their starting line-up did not include Mohamed Salah or Roberto Firmino, both of whom were rested due to concerns about a busy upcoming schedule. In their absence, Liverpool's other big-name star, Sadio Mane, had an extra burden on his shoulders and responded in dominating fashion with two assists and a goal, all of which came in a wild first half in which the teams combined for six scores.

Xherdan Shaqiri and Divock Origi both were given playing time in the Merseyside derby and were responsible for the Reds' first three goals. Mane assisted on the first two, setting up Origi for an easy finish in the sixth minute and then finding Shaqiri for a one-touch goal in minute 17. After Everton pulled one back on a goal by Michael Keane, Origi made the score 3-1 just after the half-hour mark by flicking a shot over Everton goalkeeper Jordan Pickford; Mane then gave his side a three-goal advantage when he scored on a give-and-go with Trent Alexander-Arnold.

Everton gave themselves a boost with a goal by Richarlison in first-half stoppage time, but they still had a big mountain to climb. Mane squandered a chance make the score 5-2 when he missed wide in the 81st minute. But Firmino, who had come on as a late substitute, set up Georginio Wijnaldum for a goal in the 90th minute to finally put the game out of reach. With the win, Liverpool set a new club record by extending their current unbeaten streak in the Premier League to 32 straight matches dating back to last season. The Reds (43 points) have an eight-point lead over second-place Leicester City, who defeated Watford 2-0 at home.