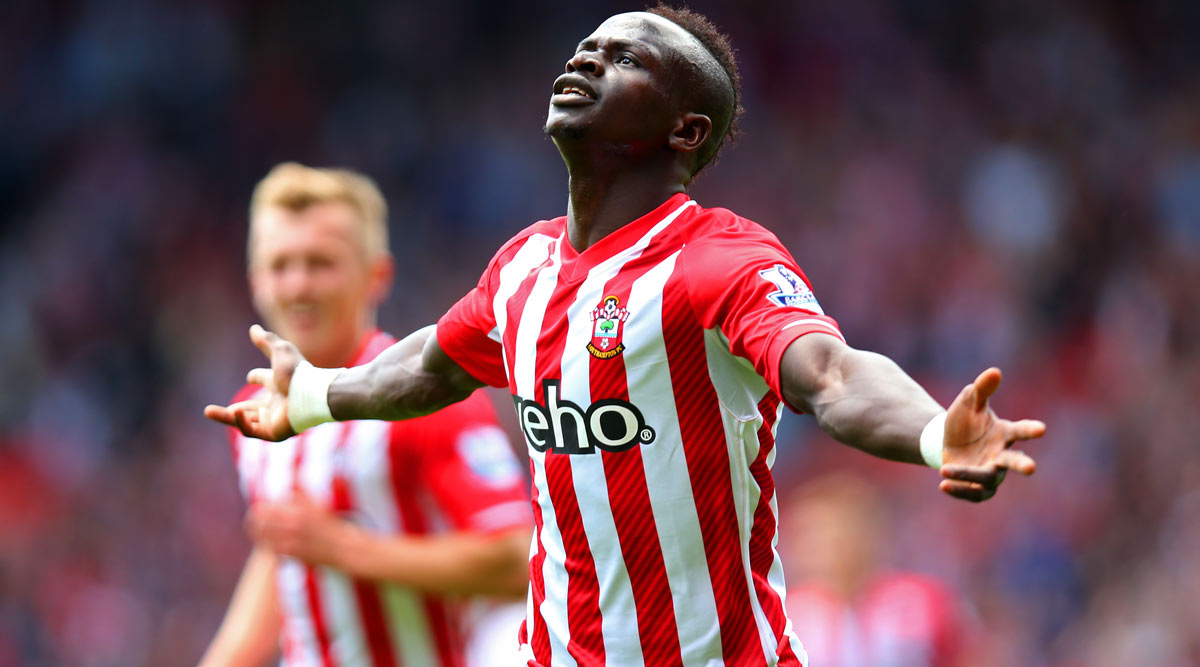 Liverpool star forward Sadio Mane celebrates his 28th birthday today (April 10, 2020). The Senegalese forward is considered as one of the best players in the world at the moment and finished fourth in the 2019 Ballon d’Or rankings. So on Sadio Mane’s birthday, we take a look at his record-breaking hat-trick for Southampton against Aston Villa during the 2014-15 Premier League season. The winger himself has described that achievement as his ‘best moment in football.’ Photo of Sadio Mane Carrying Broken iPhone Screen Guard Goes Viral, but It’s Liverpool Footballer’s Modest Reason for Not Repairing Will Leave You Amazed!

The Senegalese international netted three goals for Southampton in just two minutes and 56 seconds during their 6-1 win over the Villans. In doing so, the current Liverpool man broke the record of the former Reds striker Robbie Fowler who scored a hat-trick in four minutes and 32 seconds against Arsenal in 1994. Jurgen Klopp Recalls the First Time He Met Sadio Mane.

The winger opened the scoring in the 13th minute of the game and had already completed his treble by the 16th minute. His first two goals were a touch of good fortune as mistakes by the Villa backline set him through on goal and the former RB Salzburg man took full advantage. His third goal though was well-worked as Shane Long broke through on the left-wing and found Mane, who placed the ball in the top corner to create a Premier League record and complete his hat-trick.

This was the fourth-fastest hat-trick in football at the time as Sadio Mane had the Saints faithful jumping with joy after just 16 minutes. Shane long then scored a brace to make it five before half-time. Christian Benteke got one back for the Villans but Graziano Pelle made it six with a brilliant volley in the dying minutes of the game.