Barcelona's third bid for Robert Lewandowski has also fallen short. Bayern Munich have ignored the Catalans' yet another attempt to sign the Poland international as the offer was below their asking price. 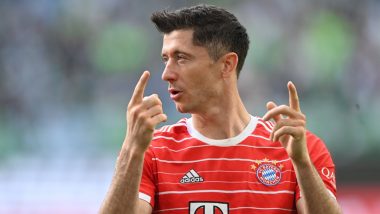 Barcelona are working on signing Robert Lewandowski in the summer but have failed to reach an agreement yet with Bayern Munich over the transfer. The Bavarian side are adamant not to sell the Polish star below his asking price despite the 33-year-old publicly asking to leave the club during this window. Barcelona Suffer Huge Blow As Bayern Munich Increase Asking Price.

Barcelona had reportedly submitted an offer of €40 million plus €5m in add-ons for the 33-year-old goal-scorer. However, Bayern Munich, who want €50 million for the forward, have rejected the bid as they are unwilling to budge on their demands.

It is still unclear if Barcelona will present yet another bid for the striker after their third attempt fell short as well. The Catalans are working under strict financial restrictions which has reduced their ability to spend big in the market like in the past.

Robert Lewandowski has handed in his transfer request and it is understood that he is ready to push his exit. The Poland international still has one year left in his current contract but wants to leave in order to take on a new challenge, with Catalonia as his preferred destination.

After Bayern continuously rejecting Barcelona's bids, the 33-year-old is looking to take drastic measures. The Poland international is expected not to show up for pre-season, which begins later this month, despite club officials insisting that they expect to see him back.

(The above story first appeared on LatestLY on Jul 01, 2022 11:48 AM IST. For more news and updates on politics, world, sports, entertainment and lifestyle, log on to our website latestly.com).