Top 5 Goals of the Week: From Cristiano Ronaldo vs Udinese to Mohamed Salah vs Watford, Here’s the Best of Football Goals 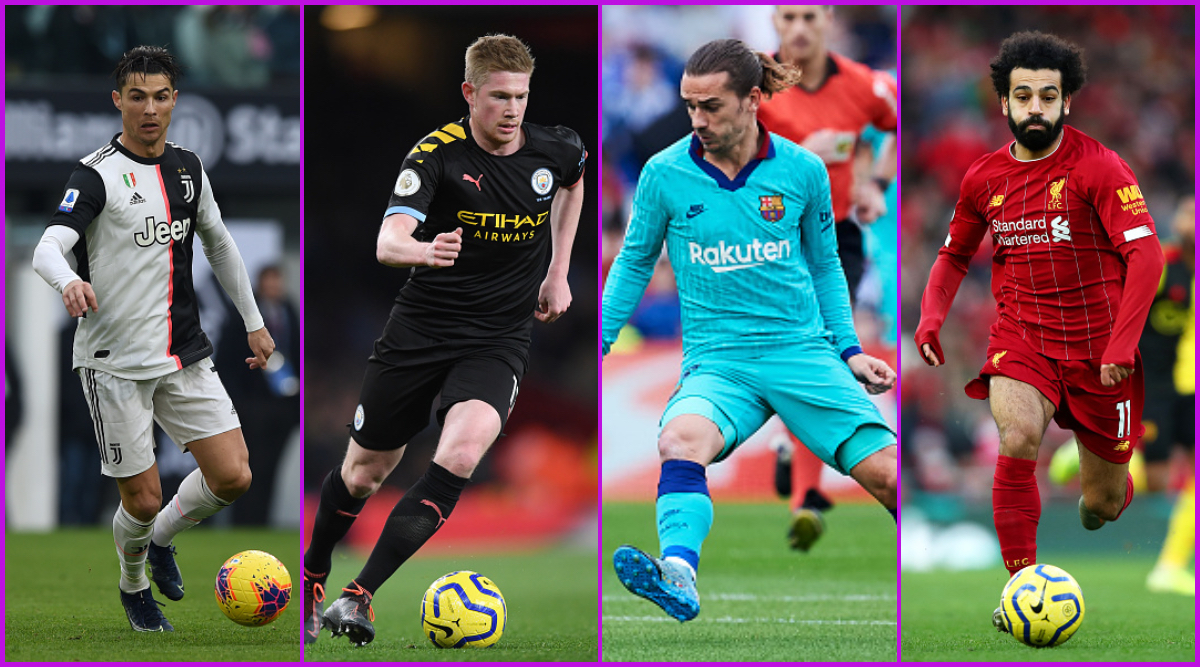 A look at the top 5 goals of the week. (Photo Credits: Getty Images)

Kevin De Bruyne ran the show for Manchester City as they got back to winning ways in England. With Liverpool winning and Leicester City dropping points, the EPL does look like its the Reds' to lose now. Manchester United dropped points in the race for top 4 and could not benefit from Chelsea dropping points. Similar was the case of Real Madrid as they along with arch-rivals Barcelona settled for the stalemate. In Italy, Juventus got back to winning ways to go level with Inter Milan in the points table. The title race looks like going down to the wire in the Serie A this season. A look at our top 5 goals of the week. FIFA World Cup 2022: Everyone Welcome? Gay Football Fans Prepare for Qatar.

A textbook chest down by Pulo Dybala was followed by a meek shot that came off a Udinese player and found it way at the feet of Ronaldo. The Juve forward rifled the ball home to open the scoring for the hosts. Juventus 3-1 Udinese: Cristiano Ronaldo Scores Twice as Juve Go Top of Serie A Table

French striker Antoine Griezmann has been in fine form off-late and once again showed his world-class abilities with a wonderfully taken goal against Real Sociedad. He took on two opposition players with a 30-yard run followed by a dink over the keeper.

Liverpool were creating chances plenty against minnows Watford but were failing to convert. Up stepped Mo Salah, he put through on goal with a cut back to the right and a curling finish from his weaker foot.

Kevin de Bruyne ran riot against Arsenal as he toyed with their defence. His opening was a half volley hit with sublime precision which hit the roof of the net.

Egyptian striker Mo Salah scored a backheel stunner to steal the deal for Liverpool. Divock Origi's miss-hit fell kindly to Mo Salah who showed the great presence of mind to come up with a clinical finish which is also our top goal of the week.

These were some of the best efforts from our European round-up. Stay tuned for more great goals every week.