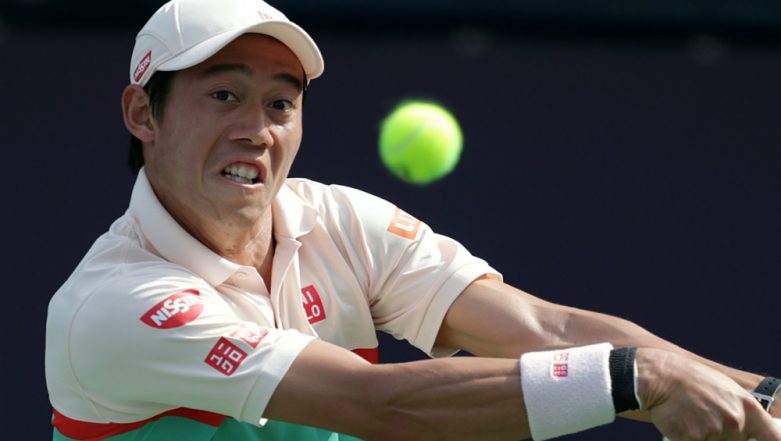 Madrid, May 8: Japan's Kei Nishikori and France's Jeremy Chardy on Wednesday secured their spots in the third round of the Madrid Open tennis tournament after beating Hugo Dellien of Bolivia and Diego Schwartzman of Argentina, respectively.

Nishikori, the world No.7, defeated Dellien 7-5, 7-5 in a little over two hours to be a step closer to winning his second title of the season after the Brisbane International, reports Efe news.

The No. 6 seed will next face the winner of the clash between Stan Wawrinka of Switzerland and Guido Pella of Argentina.

Meanwhile, Chardy won 6-1, 6-2 over Schwartzman in just 59 minutes to set up a round-of-16 clash with world No. 1 Novak Djokovic of Serbia.