In the last few days, the city of Tokyo is witnessing a contrast sure in the number of COVID 19 cases and the virus has even reached the village. Many athletes have been tested positive for the disease in recent times. Now here is one more update that's coming from Tokyo is that a couple of game-related cases have been tested positive for COVID-19. 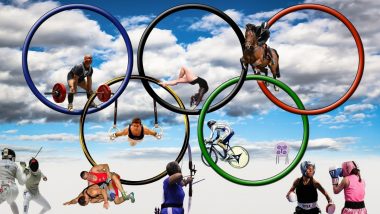 On Wednesday, Japan clocked 9,583 cases nationwide, the first time the figure has topped 9,000, with cases also at a record level in Tokyo. International Olympic Committee spokesman Mark Adams had explained that there is no link between the rising number of COVID-19 cases in Japan and Olympics 2020. According to him, not a single case in Tokyo has spread due to the Tokyo from the athletes. "We have the most tested community probably anywhere... in the world, on top of that you have some of the toughest lockdown restrictions in the athlete's village," he added.

The total number of cases in the village currently stands at 23. The organisers had said 38,484 people from abroad had entered Japan for the Games till Monday. Earlier we had told you that the fans had turned out in huge numbers near the National Stadium and had asked the organisers to call off the Summer Games.

(The above story first appeared on LatestLY on Jul 29, 2021 12:33 PM IST. For more news and updates on politics, world, sports, entertainment and lifestyle, log on to our website latestly.com).