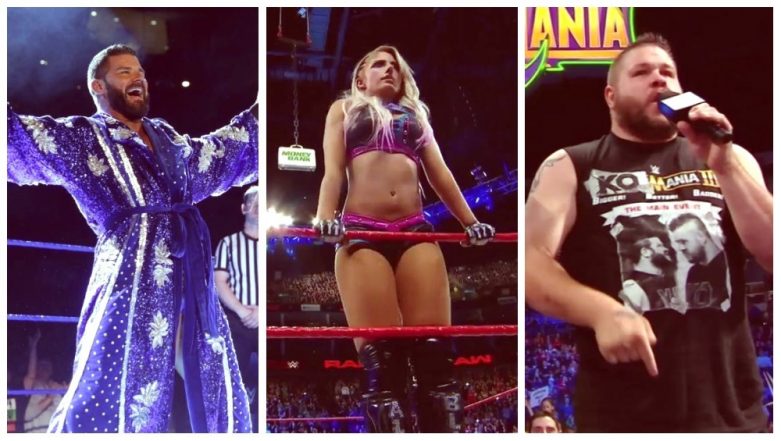 World Wrestling Entertainment (WWE) fans were in a treat tonight as the latest episode of Monday Night RAW saw an exciting main event finish. The latest show took place at The O2 Arena in South East London. It was an altercation between Roman Reigns and RAW General Manager Kurt Angle, that saw the beginning of the show.

Roman Reigns, who couldn’t qualify for the Money in the Bank Ladder last week, called out Jinder Mahal to face him like a man. However, it was Kurt Angle who turned up. The duo got into an argument where Reigns asked the General Manager to put him into a qualifying match later tonight. Angles denies the request, saying Reigns wouldn’t be getting any more qualifying opportunities and that’s ‘best for the business’. A furious Reigns then leaves the ring and head backstage to look out for Jinder Mahal.

The first match in the night was between Intercontinental Champion Seth Rollins, who kept his title on the line, and Kevin Owens, who accepted the open challenge. The crowds start the duelling chants prepping up both the WWE superstars. However, it is Seth-CLEVER-Rollins who wins the match.

No Way Jose vs Bobby Roode vs Baron Corbin

Breezango vs The B Team

Bray Wyatt and Matt Hardy vs. The Revival

*MITB – Money In The Bank

Roman Reigns gets involved in a backstage brawl with The Modern Day Maharaja Jinder Mahal, before the main event. His unavailability prompts Kurt Angle to put Kevin Owens into the match. The Triple Threat match amongst – Elias, Kevin Owens, and Bobby Lashley – sees a gruelling contest take place.

Both Elias and Owen double-team Lashley and pummel him in the corner. Soon after, Lashley takes hold of the situation by hitting Elias & Owens to the floor. In the ending moments, an intervening Sami Zayn saves Elias from Lashley’s finishing move and hits him with a Helluva kick instead. Kevin Owen takes advantage of the situation and hits a Frogsplash over Elias and secures a victory by pinning him in the middle of the ring. Monday Night RAW went off-air with both Sami Zayn & Kevin Owens celebrating.