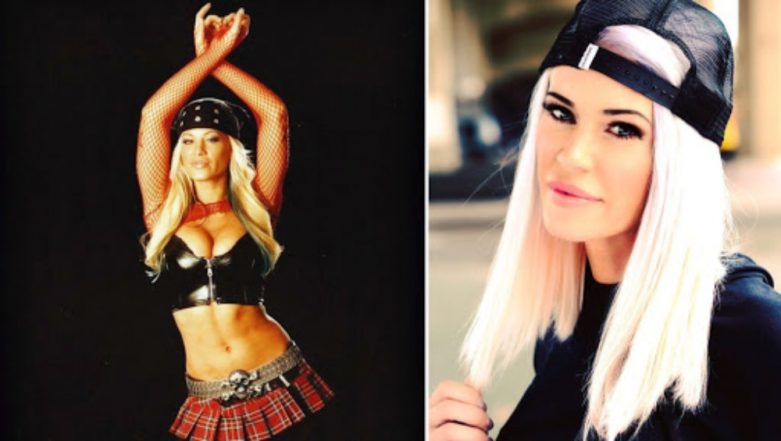 Former WWE wrestler Ashley Massaro has sadly passed at the age of 39 at a private hospital in Long Island in New York on Thursday.

The former SmackDown star, who was part of the World Wrestling Federation (WWE) from 2005-2008, died of “non-criminal causes” said Suffolk County Police following her demise. Ashley had joined WWE in 2005 after winning the federation’s Raw Diva Search. She was initially offered a one-year contract. The exact reason for her death is currently unknown.

Her most notable moment in the wrestling circuit came in 2007 at WrestleMania 23 when she took on the then Women’s Champion Melina. Massaro left WWE in 2008 citing her daughter’s sickness as a reason. Ahead of WWE Money in the Bank 2019 PPV Where Roman Reigns Will Face Elias, ‘The Big Dog’ Gets Nominated in MTV Award for Best Real Life Hero (View Pic and Videos).

Reacting to the death, WWE tweeted, "We are saddened to learn of the tragic death of former WWE Superstar Ashley Massaro. WWE offers its condolences to Ashley’s family and friends."

Many Wrestling stars also reacted to the death of one of their former colleague.

I can’t even begin to explain how devastated I am to hear about @ashleymassaro11 - legit one of the sweetest people I’ve ever known. When we fall into a dark place it can seem like it will never change but if you are there PLEASE keep hope & reach out for help.

I have no words. Ashley was my tag partner at Wrestlemania. My sometimes road wife. We did countless photo shoots and press days together. It seems like yesterday Ashley was a major part of my life and then our worlds changed and now she is gone. Im heartbroken for her family. https://t.co/QTcNxN3P0K pic.twitter.com/olaTWKD9JS

This is just awful news - Ashley Massaro is gone. She was only 39. She lived in the same town as me...I loved seeing her around. She was always so nice...and now she’s gone. #RIPAshleyMassaropic.twitter.com/wOUY4gsTQo

Ashley Massaro ❤️ Thank you for the memories.

My heart is saddened to hear about the passing of @ashleymassaro11 ! So strong but yet so young 😔 Heaven received an Angel - prayers to Ash’s family - RIP