In an experiment that holds implications for India, Australian scientists have successfully managed to wipe out more than 80% of a disease-carrying mosquito population in trial locations across their province of Queensland. 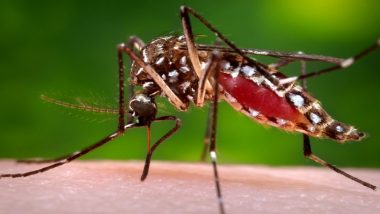 In an experiment that holds implications for India, Australian scientists have successfully managed to wipe out more than 80% of a disease-carrying mosquito population in trial locations across their province of Queensland.

The experiment, conducted by scientists from the Commonwealth Scientific and Industrial Research Organization (CSIRO) and James Cook University (JCU), targeted Aedes aegypti mosquitoes, which spread deadly diseases such as dengue fever and Zika.

In JCU laboratories, researchers bred almost 20 million mosquitoes, infecting males with bacteria that made them sterile. Then, last summer, they released over three million of them in three towns on the Cassowary Coast.

The sterile male mosquitoes didn't bite or spread disease, but when they mated with wild females, the resulting eggs didn't hatch, and the population crashed.

Mosquito-borne diseases range from Zika and dengue fever to West Nile virus, Chikungunya virus, and malaria, and can all lead to serious outbreaks, like the Zika outbreak in 2015. Mosquito-borne diseases including chikungunya, dengue, malaria and Japanese encephalitis have been on the rise across India, with chikungunya recording 300% increase in cases between the years 2012-2015. Meanwhile, dengue cases increased 157%, followed by Japanese encephalitis cases clocking 124% rise, according to National Health Profile 2017 report.

Eradicating the Aedes aegypti mosquito could have a significantly positive impact on public health around the world.

"The invasive Aedes aegypti mosquito is one of the world's most dangerous pests," said CSIRO Director of Health and Biosecurity Rob Grenfell in a statement, describing the experiment as a victory. "Although the majority of mosquitoes don't spread diseases, the three mostly deadly types -- the Aedes, Anopheles and Culex -- are found almost all over the world and are responsible for around (17%) of infectious disease transmissions globally."

Although the process used in the experiment, called the Sterile Insect Technique, has been around since the 1950s, it has never been used against mosquitoes like the Aedes aegypti.

"We learned a lot from collaborating on this first tropical trial and we're excited to see how this approach might be applied in other regions where Aedes aegypti poses a threat to life and health," Kyran Staunton from James Cook University said in a statement.

Scientists in the Cairns region of Australia have also used similar techniques to replace populations with mosquitoes that couldn't spread infections, according to ABC News.

This CSIRO-JCU experiment, however, aimed to eradicate those populations altogether, working in partnership with Verily, a health research organization owned by Google parent Alphabet.

(The above story first appeared on LatestLY on Jul 14, 2018 10:34 PM IST. For more news and updates on politics, world, sports, entertainment and lifestyle, log on to our website latestly.com).