Expanding the network to accommodate NFTs will help increase the token's value in the cryptocurrency market. More users will come to the platform to trade and create NFTs, increasing the demand for the BIG token. Also, NFTs open other opportunities for the community, like opening a Metaverse space and GameFi protocols. 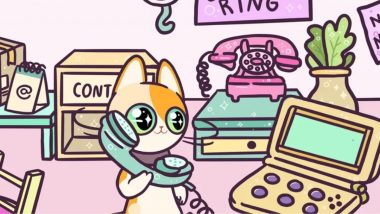 Ethereum-based tokens are getting more popular daily, as most developers seem to be building their token projects on the network. The Ethereum blockchain has numerous dApps, which make the interface appealing to users and developers. The users have access to more DeFi tools, while the developers don't have to add such tools to their budding protocols. As the Big Eyes Coin (BIG) launch is approaching, it looks more likely to establish itself as the biggest Ethereum-powered memecoin in the cryptocurrency market against existing counterparts, Dogelon Mars (ELON) and Shiba Inu (SHIB).

Dogelon Mars (ELON) is a futuristic crypto token designed to become the first interplanetary token. It was established as a fork from the original Dogecoin protocol in 2014, and while it has not been as successful, it's still an important memecoin in the cryptocurrency market.

Dogelon Mars (ELON) anticipates human exploration of other planets, as well as an integration of humans and extraterrestrials. The token aims to be the primary medium of exchange during that time. The native token, ELON, is an Ethereum-based coin. About half of its initial supply was burned to Vitalik Buterin, a co-founder of the Ethereum network, for equitable distribution to its members. This allows users to swap ETH for ELON. Dogelon Mars (ELON) sells at $0.00000027, although financial experts suggest there is still more to expect from the token.

Shiba Inu (SHIB) aims to be the Ethereum network equivalent of Dogecoin, as the latter is incompatible with the Ethereum blockchain. It was designed to understand what would become of a project run only by its community.

Like Dogecoin, Shiba Inu (SHIB) has a vast supply of about a quadrillion tokens right from launch. The token was launched in 2020 by an unidentified developer Ryoshi. Because of its compatibility with the Ethereum blockchain, it is compatible with a wide range of dApps and wallets. The Shiba Inu platform also has its exchange system, Shibaswap, where coins can be exchanged without an intermediate currency.

Shiba Inu (SHIB) plans to launch its NFT club in the future, where members will be able to create and monetize various digital items. You can get Shiba Inu (SHIB) on multiple platforms for about $0.000011. The community also plans to adapt it into a Decentralized Autonomous Organization (DAO) quite soon.

As Big Eyes Coin (BIG) launches on the Ethereum blockchain; it will have several other meme tokens to contend with. However, it seems up to the task, as its presale nears $3 million after only two weeks.

Like many other meme coins, Big Eyes Coin (BIG) aims to keep its community satisfied with every added protocol. At the start of the presale, the developers stated about 70% of the token's supply would be available for prospective buyers, indicating that they have the community's best interests at heart. Anticipated protocols like the NFT club will also be presented to the Big Eyes Coin (BIG) members before it's officially launched.

Expanding the network to accommodate NFTs will help increase the token's value in the cryptocurrency market. More users will come to the platform to trade and create NFTs, increasing the demand for the BIG token. Also, NFTs open other opportunities for the community, like opening a Metaverse space and GameFi protocols.

To ensure Big Eyes' sustainability, the developers plan its launch on exchange platforms like UNISWAP, PancakeSwap, and Aave. These will increase its versatility and popularity in the cryptocurrency market. Already, it is compatible with a wide range of DeFi tools since it is based on the Ethereum blockchain.

Lastly, the developers also wish to appreciate the community by rewarding some members with a 250,000 BIG token giveaway contest. The winners will be announced by December 2022, and the first place will get 100,000 tokens, while the other nine share 150,000 tokens.

Now, do you want to be a part of the Big Eyes Coin (BIG) project? Click here to join the presale and stand a chance to win token rewards by December.