The guidelines, prescribing specific responsibilities for the review author and the review administrator, went live on Friday and are now applicable to every online platform which publishes consumer reviews. 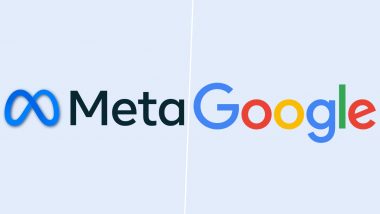 New Delhi, November 26:  With the new Bureau of Indian Standards (BIS) guidelines coming into force to guard customers from fake online reviews of products, tech giants like Meta and Google, along with homegrown platforms like Zomato and Flipkart, will now face closer scrutiny of product reviews on their respective platforms.

The guidelines, prescribing specific responsibilities for the review author and the review administrator, went live on Friday and are now applicable to every online platform which publishes consumer reviews. Zomato Now Available in Hindi, Delivers More Than 150,000 Orders via Regional Language Platforms.

The new norms have been finalised by the BIS and came into being after the Department of Consumer Affairs received several complaints about fake reviews of products being posted by e-commerce companies on social media and their platforms.

"The new guidelines for online reviews are designed to drive increased transparency for both consumers and brands and promote information accuracy", said Sachin Taparia, Founder of LocalCircles, the community platform who made the initial submission to the Department of Consumer Affairs and was part of the BIS committee drafting the guidelines. Meta Launches New Privacy Updates on Instagram and Facebook for Teens’ Online Protection.

As far as platforms like Google and Meta go, the new rules will require them to validate the real person behind the review through specified six-right mechanisms which means fake accounts created just for review writing will go away over time or won't be able to be reviewed.

For platforms like Swiggy and Zomato, their reviews at restaurant level are partially transparent "but the process of food item level review is not transparent at all and will have to be designed accordingly", Taparia told IANS.

For ecommerce platforms, the new guidelines will ensure that negative reviews are not suppressed without reason thereby ensuring that other consumers will come to know of problems sooner.

According to the new set of guidelines, both consumers and suppliers/sellers have reported some problems with online reviews. "These problems might be intentional or unintentional, but can lead to a degradation of trust in the online review process," read the BIS document.

Some reported problems are false positive reviews written by the suppliers/sellers itself intending to mislead consumers and false negative reviews written by suppliers/sellers competitors intending to ward off consumers from the organisation. According to Taparia, for travel platforms, it is common for hotels to invite bloggers and influencers for free stays and then get them to write a nice review but "going forward, the platforms will have to enable disclosure of such sponsored reviews so the consumer is aware".

The guidelines will also have an implication of ratings of apps on Google Play Store and Apple App Store, where developers at times run paid campaigns to get their app rated 5-stars. Apple and Google will now need to take undertakings about reviews from these app developers about sponsored ratings.

"There are several product review and rating websites/apps which just provide information and many times plant a negative review to attract brands. This will have to change as the guidelines will require them to make disclosures and identify the person rating," Taparia noted.

The violation of new standards by any entity may be considered as an unfair trade practice or violation of consumer rights and a consumer may submit such grievances to the National Consumer Helpline or the Central Consumer Protection Authority (CCPA) under the Ministry of Consumer Affairs.

(The above story first appeared on LatestLY on Nov 26, 2022 05:49 PM IST. For more news and updates on politics, world, sports, entertainment and lifestyle, log on to our website latestly.com).