In a major relief for some third-party digital payments players, the National Payments Corporation of India (NPCI) on Friday said it is extending the Unified Payments Interface (UPI) volume cap rules deadline till December 31, 2024. 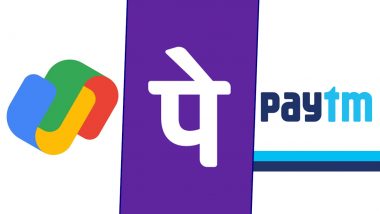 "In view of significant potential of digital payments and the need for multi-fold penetration from its current state, it is imperative that other existing and new players (Banks and Non-Banks) shall scale-up their consumer outreach for the growth of UPI and achieve overall market equilibrium," the NPCI said in a circular.

Taking into account the present usage and future potential of UPI, and other relevant factors, "the timelines for compliance of existing third-party app providers (TPAPs) who are exceeding the volume cap, is extended by two (2) years till December 31, 2024 to comply with," said the NPCI. PhonePe Becomes First Player To Enable UPI Activation With Aadhaar-Based OTP Authentication

UPI transaction value for November was recorded at Rs 11.90 lakh crore while the transaction count was 7.3 billion.

According to the NPCI, UPI processed 7.3 billion transactions worth Rs 12.11 lakh crore in October, riding on festive sales.

(The above story first appeared on LatestLY on Dec 03, 2022 08:43 AM IST. For more news and updates on politics, world, sports, entertainment and lifestyle, log on to our website latestly.com).