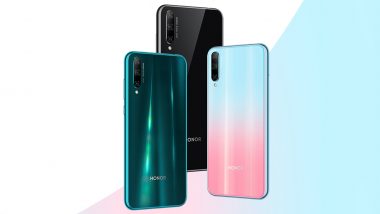 Honor, the sub-brand of Huawei has officially launched a new smartphone in the Russian market. Called Honor 30i, the newest offering from the Chinese phone brand comes with a 6.3-inch AMOLED display with a waterdrop notch, triple rear camera, 16MP selfie camera, 4000 mAh battery and more. The new phone seems to be a rebadged version of the Honor 30 Lite that was launched in China a couple of months ago.  Huawei Y9a With MediaTek Helio G80 SoC Unveiled; Check Prices, Features, Variants & Specifications.

Specification-wise, the Honor 30i comes with a 6.3-inch FHD+ OLED display with 417ppi pixel density and a resolution of 1080x2400 pixels. Under the hood, the phone gets an octa-core Kirin 710F SoC, which is clubbed with up to 4GB of RAM and onboard storage of up to128GB. The handset packs memory expansion provision of up to 256GB via Nano Memory card. It runs on Android 10 with Magic UI 3.1 on top. 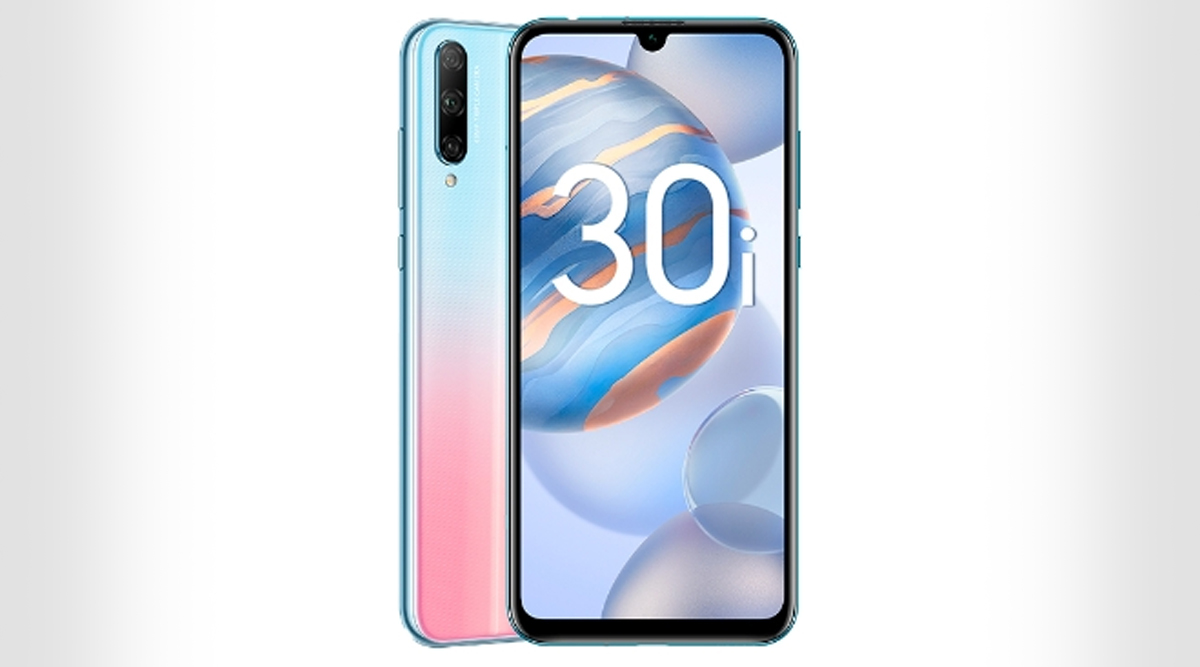 Coming to the camera department, the Honor 30i comes equipped with a 48MP primary shooter with f/1.8 aperture assisted by an 8MP secondary camera and a 2MP shooter. For selfies and video calling, the handset sports comes a 16MP front camera with f/2.0 aperture. It is fuelled by a 4,000mAh battery. There's also an in-screen fingerprint scanner for security purpose.

The handset comes in three colours - Ultraviolet Sunset, Shimmering Turquoise, and Midnight Black colour options. The company is already accepting pre-orders for the handset through the official website. As far as the prices are concerned, the Honor 30i smartphone prices start from Rs RUB 17,990 which is approximately Rs 17,600 for the sole 4GB + 128GB variant.

(The above story first appeared on LatestLY on Sep 12, 2020 10:56 PM IST. For more news and updates on politics, world, sports, entertainment and lifestyle, log on to our website latestly.com).

Comments
Tags:
Honor Honor 30i Honor 30i Launch Honor 30i Price Honor 30i Specifications smartphone
Comments
You might also like