Microsoft to Soon Roll Out Mouse, Trackpad Support for Office Apps on iPad 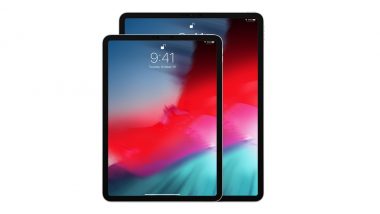 According to The Verge, the software maker has always been quick to update its range of iOS apps with Apple's latest software features, and work is already underway to update Word, Excel, PowerPoint, and more.Back in March, Apple surprised everyone with cursor support in iPadOS back in March, and developers are now racing to update their iPad apps. Microsoft Outlook Gets ‘Ignore Conversation’ Feature for iPhones & iPads.

The tech company was quick to roll out iPad Split View for Outlook on iOS last year, it released a unified Office app for iOS earlier this year. The new Office app combines Word, Excel, PowerPoint, and other Office mobile features into a single, smaller app. Microsoft Confirms Windows 10X is Coming to Single-screen Devices First.

Microsoft is still planning to keep the individual Word, Excel, and PowerPoint apps available on iOS. And it is likely to see the cursor support emerge in the main Office app and these standalone versions, too.