The feature works like the Spam filter which filters the spam or irritating emails such as promotions & social notifications. 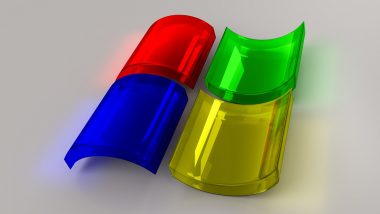 San Francisco, May 6: Microsoft has started rolling out a new version of its Outlook app for iPhone and iPad with a "Ignore Conversation" feature to remove repetitive multi-reply email threads from inbox. According to 9to5Google, the feature has been around on the desktop and web app version of Outlook for some time now. This is the first time that users accessing their emails on iOS devices have been able to use it. The feature works like the Spam filter which filters the spam or irritating emails such as promotions, social notifications, from the Inbox automatically when it is enabled. Microsoft Confirms Windows 10X is Coming to Single-screen Devices First.

"Sick of that company-wide email that everyone is still replying all to? So are we. Stay focused on what's important by getting it and all future replies out of your inbox and straight into deleted items with our new Ignore Conversation feature," Microsoft said in an official changelog of the Outlook in App Store listing.

(The above story first appeared on LatestLY on May 06, 2020 05:17 PM IST. For more news and updates on politics, world, sports, entertainment and lifestyle, log on to our website latestly.com).