London-based Nothing, the newly-launched venture of OnePlus co-founder Carl Pei, on Tuesday announced that it will unveil its true wireless earbuds --Nothing ear (1) --in India, along with the rest of the world on July 27. 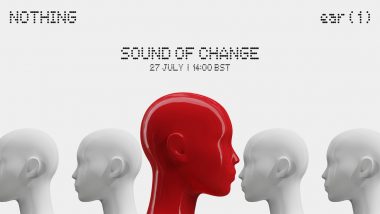 New Delhi: London-based Nothing, the newly-launched venture of OnePlus co-founder Carl Pei, on Tuesday announced that it will unveil its true wireless earbuds --Nothing ear (1) --in India, along with the rest of the world on July 27. Nothing ear (1) To Be Sold Online Exclusively via Flipkart; India Launch Soon. 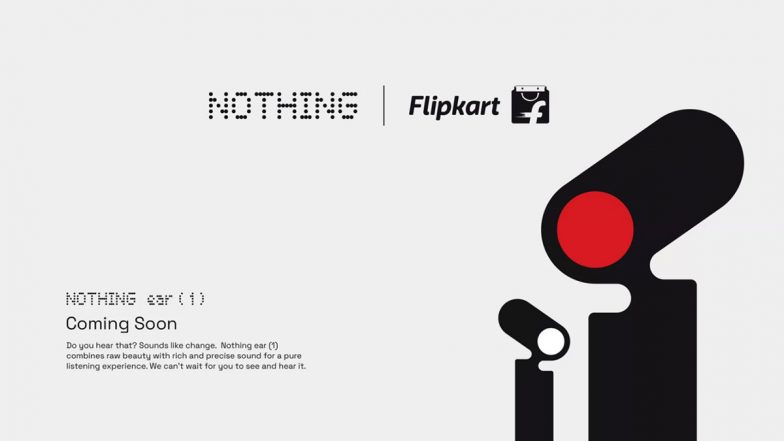 Manu Sharma, Vice President and General Manager, Nothing India said that the company is currently focused on bringing Nothing ear (1) to consumers and India is an extremely important market for them.

Firsts are always special. Our first product. Our first launch event. The first real chance for us to show the world what Nothing is about. #SoundOfChange arrives on 27 July. https://t.co/0vD6qpGqR9 #ear1 pic.twitter.com/LjSqlzNMTA

"We believe the earphones market is begging for differentiation, space where we can elevate design and deliver value from day one," Sharma told IANS. "Today we announced that we will be bringing our debut product ear (1) to India, along with the rest of the world on 27 July," Sharma added. "Going forward, Nothing aims to drive that change by creating simple to use technology with iconic designs and features that deliver meaningful value to the user," Sharma noted.

"As a UK brand, all of our products are being designed in Europe and they will have a unique design language that you won't see anywhere else," Sharma said. "Thinking bigger, we want to see a change in the consumer tech market because we feel the user experience is broken," he added.

According to the company, the true wireless earbuds, which was earlier scheduled to launch in June, will combine raw beauty and precise engineering for a pure sound experience. The company recently announced its foray into India in partnership with the country's homegrown e-commerce marketplace Flipkart. The company said that Flipkart will play an integral role in building Nothing's presence in India and launching its highly anticipated true wireless earbuds Ear 1. Nothing's debut product, Ear 1 will combine notes of transparency, iconic form and refined functionality.

(The above story first appeared on LatestLY on Jun 30, 2021 08:52 AM IST. For more news and updates on politics, world, sports, entertainment and lifestyle, log on to our website latestly.com).