After launching the OnePlus 9 Series earlier this year, OnePlus, the Chinese tech giant is planning to launch the OnePlus 10 Series. Ahead of its launch, renders and key features of the flagship OnePlus 10 Pro have been leaked online by OnLeaks in partnership with Zouton. 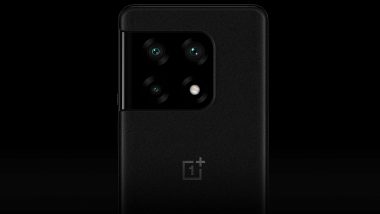 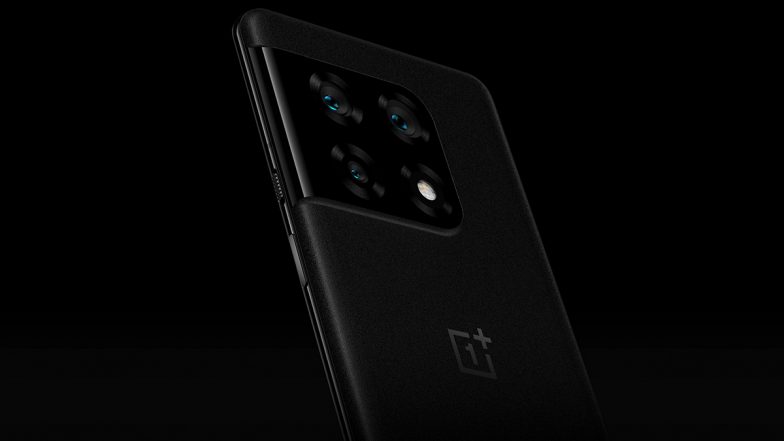 As per the leaked renders, the top-end variant of the OnePlus 10 Series will get an around-the-edge camera module, which looks similar to the Samsung Galaxy S21 Series phones. The camera system consists of three lenses and an LED flash. The back panel of the smartphone looks grainy to offer a better grip. The lock and volume buttons are situated at the right edge of the phone. Surprisingly, there is no alert slider seen in the renders.

In terms of specifications, the OnePlus 10 Pro is likely to feature a 6.7-inch display with a refresh rate of 120Hz. The handset is expected to be powered by a Qualcomm Snapdragon 898 chipset paired with up to 12GB of RAM and 256GB of internal storage. The handset could come packed with a 5,000mAh battery with Warp charging technology. Moreover, the OnePlus 10 Pro might run on Android 12 based ColorOS or OxygenOS custom interface.

(The above story first appeared on LatestLY on Nov 10, 2021 10:13 AM IST. For more news and updates on politics, world, sports, entertainment and lifestyle, log on to our website latestly.com).