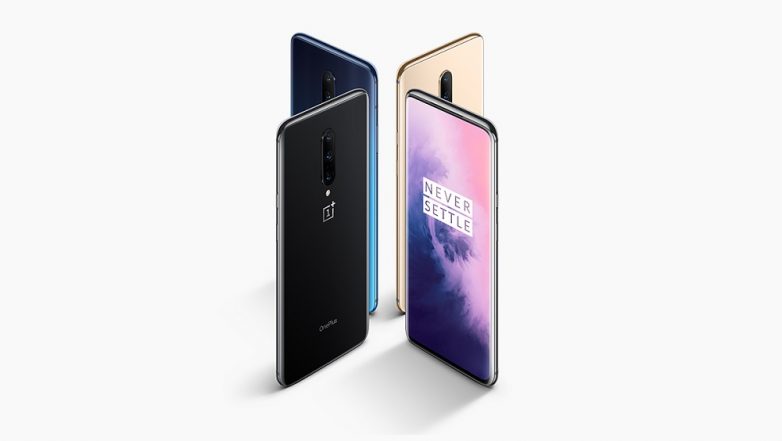 We previously reported that OnePlus is working on the successor of OnePlus 7 Pro, which will be launched towards the end of this year. This news surfaced on the net after OnePlus 7T Pro images were leaked online. Now, a new leak has emerged on the internet tipping the launch date of the upcoming OnePlus 7T Pro. As per the leaked information, the Chinese phone maker will launch the OnePlus 7T Pro on October 15. OnePlus 7T Pro Image Leaked Online; Might Get Android Q Beta & OnePlus 7 Pro Like Design.

Since the launch of OnePlus 6, the Chinese smartphone brand has stuck with a biannual refresh cycle for its product offerings. Having said that we have seen 'T' variant launching by the second half of the year. The company has stuck to this strategy with OnePlus 3T, OnePlus 5T and OnePlus 6T. The company will be employing the same strategy for the forthcoming OnePlus 7T Pro. OnePlus 6, OnePlus 6T Gets Fnatic Gaming Mode, August Security Patch, Bug Fixes With New OxygenOS Updates.

The launch date of OnePlus 7T Pro was tipped by a leakster with a Twitter handle - '@Samsung_News_'. The OnePlus 7T Pro launch date was leaked after two live images were leaked online last week. The first leaked image revealed that the overall design of the forthcoming smartphone will remain similar to the current OnePlus 7 Pro. The image also revealed that the handset will feature no-notch upfront, tipping that we will be seeing a pop-up selfie camera just as OnePlus 7 Pro. OnePlus TV Likely To Be Launched By Next Month; Expected Prices, India Launch, Features & Specifications.

The second leaked image revealed the front and rear design of the smartphone. The rear profile will feature a triple rear camera module, similar to the predecessor. However, not much can be learnt from these images. It is also rumoured that the Chinese phone maker might use the latest chipset from Qualcomm, Snapdragon 855 Plus Soc, instead of Snapdragon 855, which is seen on OnePlus 7 Pro. Apart from this, the overall specifications are likely to remain similar.