OnePlus is all set to launch the much-awaited OnePlus Nord CE 5G phone in India today. The phone maker is also working on a new Nord device, which would be called Nord 2. 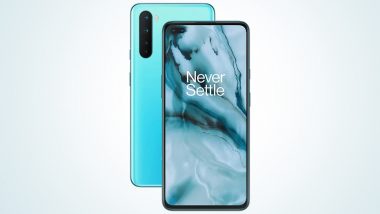 OnePlus is all set to launch the much-awaited OnePlus Nord CE 5G phone in India today. It will be the second Nord product from the Chinese smartphone maker that would retain the core essence of the original Nord device. The phone maker is also working on a new Nord device, which would be called Nord 2. Interestingly, some of the specs of the rumoured Nord 2 have been leaked online. The OnePlus Nord 2 is likely to be a stripped-down version of the original Nord phone. According to a popular tipster onleaks, the smartphone is expected to be priced around CNY 2,000 (approximately Rs 22,900). OnePlus Nord CE 5G & OnePlus TV U1S Launching Today in India, Watch LIVE Streaming Here. 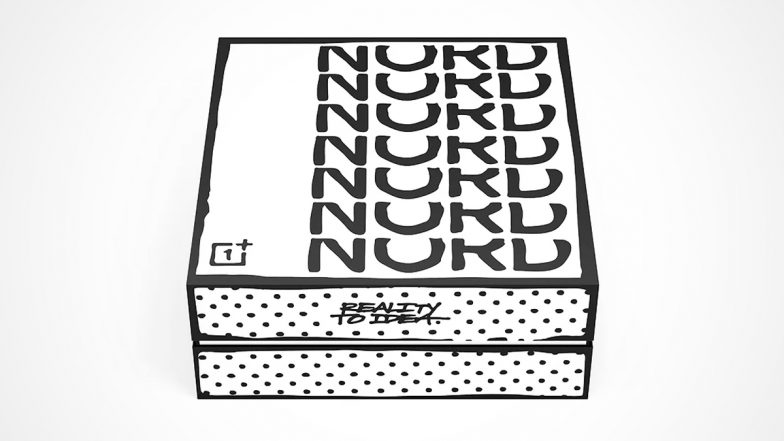 OnePlus Nord 2 is tipped to sport a 6.43-inch FHD+ AMOLED display with a refresh rate of 90Hz. The handset will be powered by a MediaTek Dimensity 1200 SoC paired with up to 12GB of RAM and up to 256GB of internal storage. The phone is rumoured to feature a triple rear camera setup comprising a 50MP main camera, an 8MP shooter and a 2MP snapper. At the front, it could flaunt a 32MP camera for selfies and video calls.

OnePlus Nord 2 is expected to come packed with a 4,500mAh battery which is bigger than the one seen on the original Nord. However, the company has not revealed any information about Nord 2 device. Reports suggest that the phone could debut in the second quarter of this year i.e. next month. The smartphone could be made available in India soon as it allegedly received certification from BIS.

(The above story first appeared on LatestLY on Jun 10, 2021 01:05 PM IST. For more news and updates on politics, world, sports, entertainment and lifestyle, log on to our website latestly.com).