Poco India will officially launch the highly-awaited Poco F3 GT smartphone. The Chinese phone maker will announce the prices of the phone at the launch event, which is slated to begin at 12 pm IST. 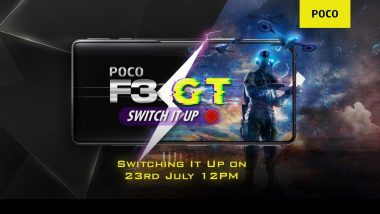 Poco India will launch the much-awaited Poco F3 GT smartphone in the country. The Chinese smartphone brand will reveal prices of the handset during the launch event, which is scheduled to begin at 12 pm IST. The upcoming handset is said to get a starting price somewhere around Rs 30,000. There have been many speculations about the handset, suggesting that it could be a rebranded version of the Redmi K40 Game Enhanced Edition. The phone is expected to come equipped with a MediaTek Dimensity 1200 SoC, AMOLED display, 67W fast-charging support, and Android 11 OS. Poco M3 4GB RAM Variant Launched in India at Rs 10,499. 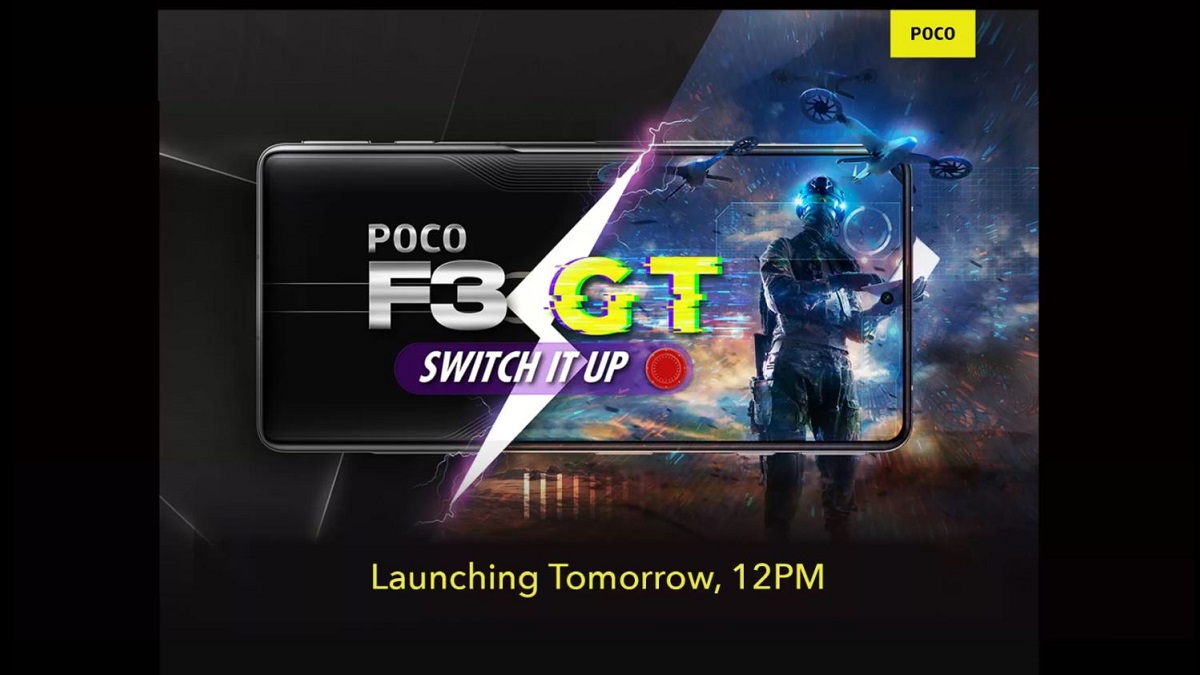 The specifications of the Poco F3 GT is said to be similar to that of the Redmi K40 Game Enhanced Edition. The phone will sport a 6.67-inch OLED display with a 120Hz refresh rate and HDR10+. It will also get a punch-hole cutout housing the selfie snapper. Power will be sourced from a MediaTek Dimensity 1200 SoC, which will be paired with up to 12GB RAM and 256GB storage. There will be a provision to expand internal storage via a microSD card.

There’s a big reason for you to give your phone a switch. Get ready to #SwitchItUp in less than 24 hours. #POCOF3GT

In terms of optics, the phone will get a triple rear camera module comprising a 64MP primary sensor, an 8MP wide-angle lens, and a 2MP macro lens. The front lens is said to be a 16MP snapper for selfies and video chats. The phone will boot Android 11-based MIUI 12 custom skin. It is likely to be fuelled by a 5,065mAh battery with 67W fast charging.

(The above story first appeared on LatestLY on Jul 22, 2021 10:52 PM IST. For more news and updates on politics, world, sports, entertainment and lifestyle, log on to our website latestly.com).