PUBG Addiction Is Not Connected With Death of Telangana Boy; Doctor Confirms Serious Illness As Real Reason for His Unfortunate Demise

Another outcry has been added to PUBG aka PlayerUnknown's Battlegrounds. According to News18, an internet report had stated that a 20-year-old boy from Telangana's Jagitial dies while playing the battle royale game. 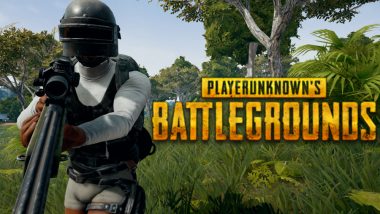 Jagitial, March 22: Another outcry has been added to PUBG aka PlayerUnknown's Battlegrounds. According to News18, an internet report had stated that a 20-year-old boy from Telangana's Jagitial died while playing the battle royale game. The report added that the boy was a PUBG addict and was constantly playing the video game for last 45 days leading to serious neck pain. However, it is now learnt that the exact reason for the death of the Telangana boy was due to serious illness. As per the report from TOI, the Dr Raj Kiran, Anaesthesiologist at Bristlecone Hospitals, Barkatpura  confirmed that PUBG addiction was not the real reason for his death.

After the acute pain, the boy was shifted to a hospital in Hyderabad, where, he died during the treatment. Reports suggest that playing battle royale for a long time had completely damaged the nerves surrounding his neck, reported News18. The battle game has been criticised as some experts believe that the game is addictive and incites violence. PUBG Addiction: Karnataka Student Fails Exam After Writing 'Steps to Download' the Game in Answer Sheet.

On Saturday, two PUBG addicts engrossed in playing the game were hit by a running train in Maharashtra's Hingoli. The incident took place at Khatkali Bypass, around 600 km from Mumbai. "Nagesh Gore (24) and Swapnil Annapurne (22) were playing PUBG near the railway tracks. They were run over by the Hyderabad-Ajmer train," said police officials.

In a similar incident from Nashik, a 14-year-old boy attempted suicide after his mother objected him to play PUBG. According to reports, Akash Ostwal was playing battle royale game on his cell phone when his mother snatched the mobile. Angry over this, the boy consumed poison.

Speaking to Hyderabad Times, Dr Raj Kiran also mentioned that, “He was suffering from a serious infection and was undergoing treatment. Sagar’s unfortunate demise has absolutely no connection with PUBG or any other games he may or may not have been addicted to. In fact, reports suggesting that he suffered paralysis are also false.

(The above story first appeared on LatestLY on Mar 22, 2019 02:19 PM IST. For more news and updates on politics, world, sports, entertainment and lifestyle, log on to our website latestly.com).