Realme GT Neo 3 smartphone has already been launched in the Chinese market. The company is now planning to introduce the handset in the Indian market soon. 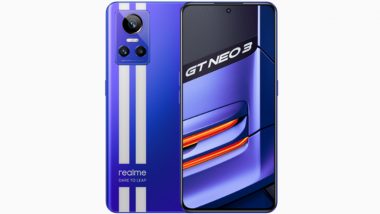 Realme GT Neo 3 smartphone has already been launched in the Chinese market. The company is now planning to introduce the handset in the Indian market soon. Ahead of its launch, Realme GT Neo 3 has been reportedly spotted on the BIS website as well as SIRIM, hinting toward an imminent launch in the country. Tipster Abhishek Yadav has revealed that Realme GT Neo 3 will debut in India in April or May 2022. Realme GT Neo 3 With MediaTek Dimensity 8100 5G Chipset Launched, Check Price & Other Details Here. 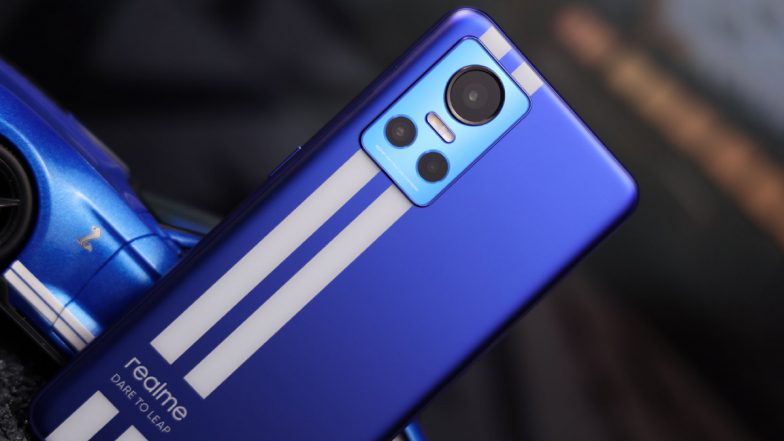 Realme GT Neo 3 will carry similar specifications as that of the Chinese model. It will be offered in two battery options - a 5,000mAh with 80W charging and a 4,500mAh battery with 150W fast charging support. Realme GT Neo 3 will be powered by a MediaTek Dimensity 8100 chipset. 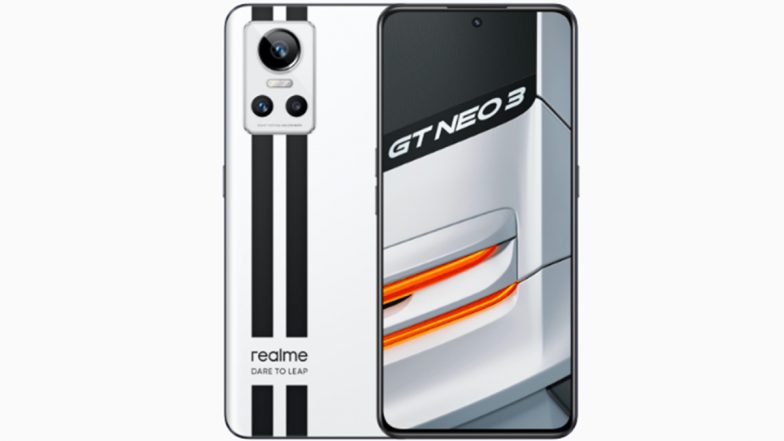 The GT Neo 3 smartphone will feature a 6.7-inch FHD+ AMOLED display with a refresh rate of 120Hz. The Realme GT Neo 3 Indian variant will sport a triple rear camera module comprising a 50MP main lens with a Sony IMX766 sensor, an 8MP ultra-wide-angle camera and a 2MP macro snapper. At the front, there will be a 16MP selfie lens.

(The above story first appeared on LatestLY on Mar 29, 2022 11:18 AM IST. For more news and updates on politics, world, sports, entertainment and lifestyle, log on to our website latestly.com).