Self-driving cars were once a fantasy, but they’ve already begun to make an appearance on our roads. The next step could be autonomous flying vehicles. Although it sounds like something from “Back To The Future”, there are 15 prototypes currently under development, so the prospect of flying effortlessly through the skies in your own private car isn’t such an alien concept. 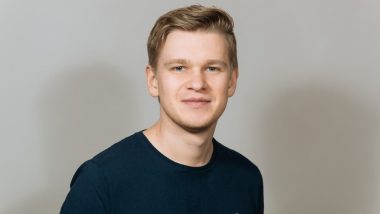 Technology is key to all our lives, and has been for some time, and it goes without saying that it will continue to play a major part in the world for many years to come. Within the last century, enormous strides forward have been made in this sector – people in the 1920s would be astounded by just how far things have come.

As an entrepreneur in the tech sector himself, and with a keen interest in investing in up-and-coming, innovative businesses, Roman Taranov is on the hunt for the next big thing, hoping to invest in companies that are changing the face of the world as we know it so that he can make an impact on society’s future. With this in mind, he shares his ideas about what the next big thing in the tech industry could be, and which technologies could be changing the world within the next few decades.

Not so long ago, 3D printing was the stuff of science fiction. Today, though, it’s commonplace and in use for a host of different purposes. Now, the next big thing could be 4D printing. What is 4D printing? Well, essentially, a product that is 4D printed is a regular 3D printed object that can actually change its properties if a certain stimulus is applied to it – for example, heated or submerged in water. At the moment, its potential applications are uncertain, but it’s possible that the healthcare and fashion sectors could be primed to take advantage of this cutting-edge technology.

Brain computer interfaces, or neural control interfaces as they are sometimes known, are direct communication pathways linking an external device to a wired or enhanced brain. Again, this potential big thing could have major benefits for the healthcare sector. For example, a chip planted into the brain could detect cancer cells, help to rehabilitate stroke victims or stop motion sickness. It could have other applications too, in the education, entertainment and marketing sectors.

Self-driving cars were once a fantasy, but they’ve already begun to make an appearance on our roads. The next step could be autonomous flying vehicles. Although it sounds like something from “Back To The Future”, there are 15 prototypes currently under development, so the prospect of flying effortlessly through the skies in your own private car isn’t such an alien concept.

We’ve seen robots in sci-fi movies and TV shows for years, and in recent years, a few basic robots have appeared in the real world. Of course, they’re still a long way from the androids that we’ve seen in Star Wars, but the idea of combining AI with robotics isn’t so far away from what is possible at the moment. While robotics will need some major improvements and more in-depth AI research will undoubtedly be necessary to create a replica of Star Trek’s Commander Data, but already autonomous robots have begun to appear in warehouses, so it could just be a matter of time.

Already, the technology that will allow hyper-personalised medicine is burgeoning, but over the years to come, it’s highly likely to become widespread. By tailoring genetic medicine to suit the needs of every individual patient, it will (at least in theory) become possible to treat conditions which used to be incurable. While the latest advances in genetic sequencing and editing have made personalised medicine possible, the cost and necessary resources still make such treatments out of reach, but once the costs start to drop, it’s possible that they could take off in a big way.

You’ve probably already heard of Elon Musk’s Hyperloop. This low-pressure underground tube is planned to contain capsules that transport passengers via an electromagnetic lift system and a magnetic field at an incredibly high speed of 1102 kilometres per hour while reducing noise and pollution. Of course, there are many barriers to the creation of the Hyperloop including the need to build an extensive network of tunnels at a prohibitive cost, but it’s still possible that this technology could be in our future.

A solar power satellite, space solar power plant or orbital solar power station is an artificial satellite constructed in high orbit using laser or microwave power transmissions to transmit solar energy to a huge antenna on the Earth’s surface which could be an excellent alternative to traditional polluting sources of energy. Now, although it sounds like the stuff of the future, in fact, this concept has been in existence since the late 1960s. At the moment, the costs of construction are still extremely high, but with the current drive to reduce our carbon footprint it’s possible that the investment could be well worth it.

Although teleportation conjures up images of Star Trek and “beam me up, Scotty”, in fact the first steps towards this amazing technology have been taken. In the early 2000s, it was discovered that scientists could transfer light particles over short distances via teleportation, and since then, further experimentation has proved that atoms and molecules could also be transported in this way. It’s not completely out of the question, then, that complex organic molecules like proteins and DNA could be teleported within the next few decades.

The Way Of The Future

As Roman Taranov says, while all of the above technological developments may sound outlandish, strides have already been made towards introducing them all into our society. Any one of them could be the next big thing. Or, indeed, anything else technology-related could also be the next big thing. The most exciting thing about this sector is that everything moves at a phenomenal pace, and with so many creative and innovative entrepreneurs out there, anything is possible!