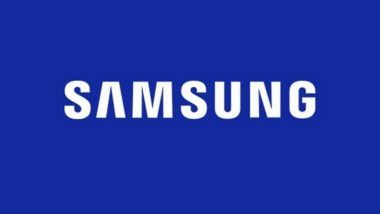 New Delhi, April 27: Riding on the success of its flagship devices like Galaxy Note 8, Galaxy A8+ and the newly-launched S9 and S9+, Samsung climbed back to the top in the premium smartphone segment in India with over 50 per cent market share in the first quarter of 2018, a new report said on Friday.

OnePlus remained at the second position with 25 per cent market share and Apple at the third spot with 20 per cent in the premium smartphone category, said market research firm Counterpoint Research.

"Galaxy S9 series promotions were strong both in offline and online channels with offers ranging from cashback, exchange, upgrade and data bundling plans across all major operators," said the report.

Samsung brought Galaxy S9 and S9+ to the country on March 16.

In the fourth quarter of 2017, Apple led with a 46.9 per cent share of the premium segment, while OnePlus and Samsung trailed with 24.9 per cent and 17.6 per cent respectively.

The iPhone-maker had a weak start in India as demand for its iPhone 8 and X series declined sequentially in India, said the report.

"Additionally, the Cupertino-based giant had to battle rising import tariffs due to lack of 'Make In India' domestic manufacturing capabilities for its portfolio," the report added.

The import tariffs have increased thrice in the past five months, leading to an increase in the price of already expensive iPhones in India during the quarter.

Apple's share in the premium segment fell as the volumes dipped by a massive 55 per cent due to decline in shipments for its iPhone 8 and X series.

The increase in import duty on CBUs to 20 per cent during the quarter, led to increase in prices of already expensive iPhones.

OnePlus was the fastest growing brand (over 192 per cent) in the segment.

"OnePlus has been maintaining its second spot in the premium segment which it is has been holding since Q3 2017. OnePlus 5T was the best-selling model during the quarter, driven by its limited edition variant launch and expansion in the offline segment," Counterpoint said. See More: OnePlus 6 Live Image Surface Online Before May 16 Launch: Expected Price, Features & Everything To Know

The premium smartphone segment remained flat (YoY) but declined 13 per cent sequentially due to drop in promotions post festive Q4 2017.

(The above story first appeared on LatestLY on Apr 27, 2018 05:10 PM IST. For more news and updates on politics, world, sports, entertainment and lifestyle, log on to our website latestly.com).