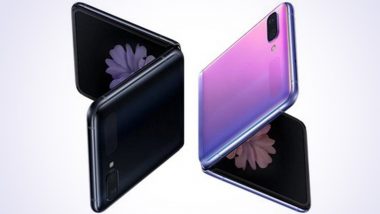 The update is currently rolling out in a number of countries across Asia, Europe, and Africa, which suggests that Samsung has already started the broad-scale rollout. The update brings both Android 11- and One UI 3.0-related features to Samsung Galaxy Z Flip. There is a refreshed UI design, better animations, chat bubbles, updated stock apps, lock-screen widgets, and improved security and performance.

There are new privacy controls, one-time permissions, and enhanced Digital Wellbeing features as well. Apart from the premium budget smartphone, the Korean giant has also started rolling out the One UI 3.0 update to its budget smartphones like Galaxy A51 and Galaxy M31.

(The above story first appeared on LatestLY on Jan 01, 2021 05:42 PM IST. For more news and updates on politics, world, sports, entertainment and lifestyle, log on to our website latestly.com).