A natural alteration in the Moon's orbit -- also known as wobble -- coupled with rising sea levels will lead to dramatic increases in floods in the 2030s and will last about 10 years, according to a study by NASA. 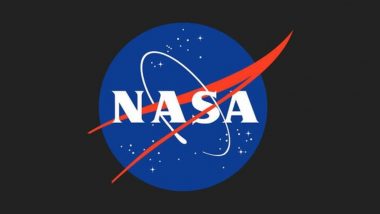 Washington, July 16: A natural alteration in the Moon's orbit -- also known as wobble -- coupled with rising sea levels will lead to dramatic increases in floods in the 2030s and will last about 10 years, according to a study by NASA.

The study, conducted in collaboration with scientists from the University of Hawaii, is the first that takes into account all known oceanic and astronomical causes for floods.  NASA Announces Two New Missions To Study 'Lost Habitable' World Of Venus

A wobbling Moon is not dangerous. It was first reported in 1728. But, one of the wobble's effects on the Moon's gravitational pull is the main cause of Earth's tides and will combine with rising sea levels resulting from the planet's warming.

High-tide floods -- also called nuisance floods or sunny day floods -- are already a familiar problem in many cities in the US Atlantic and Gulf coasts.

The new study, published recently in the journal Nature Climate Change, showed that high tides will exceed known flooding thresholds around the country more often. Further, the floods will sometimes occur in clusters lasting a month or longer, depending on the positions of the Moon, Earth, and the Sun.

When the Moon and Earth line up in specific ways with each other and the Sun, the resulting gravitational pull and the ocean's corresponding response may leave city dwellers coping with floods every day or two.

"Low-lying areas near sea level are increasingly at risk and suffering due to the increased flooding, and it will only get worse," said NASA Administrator Bill Nelson.

"The combination of the Moon's gravitational pull, rising sea levels, and climate change will continue to exacerbate coastal flooding on our coastlines and across the world," he added.

The team uncovered these tipping points in flood numbers by studying 89 tide gauge locations in every coastal US state and territory. They created a new statistical framework that mapped National Oceanic and Atmospheric Administration's widely used sea level rise scenarios and flooding thresholds, the number of times those thresholds have been exceeded annually, astronomical cycles, and statistical representations of other processes, such as El NiAo events, that are known to affect tides. They projected results to 2080.

The findings are a vital resource for coastal urban planners, who may be focused on preparing for extreme events rather than more high-tide floods, said Ben Hamlington of NASA's Jet Propulsion Laboratory in Southern California.

(The above story first appeared on LatestLY on Jul 16, 2021 04:23 PM IST. For more news and updates on politics, world, sports, entertainment and lifestyle, log on to our website latestly.com).