Yulia Peresild and filmmaker Klim Shipenko will blast off in a Russian rocket from Baikonur cosmodrome on 5 October 2021. Yes, the same month as Tom Cruise and the director Doug Liman, who is due to flying to outer space to make a movie. 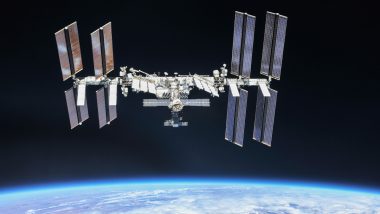 It's space time for the entertainment industry! After Hollywood actor, Tom Cruise made headlines to officially traveling to outer space to film a new movie, Russia has chosen a famous actress and an award-winning director to fly to the International Space Station (ISS). Why? Well, the crew will fly to shoot the first feature film in space. Yulia Peresild and filmmaker Klim Shipenko will blast off in a Russian rocket from Baikonur cosmodrome on 5 October 2021. Yes, the same month as Tom Cruise and the director Doug Liman, who is due to flying to outer space to make a movie. However, the exact date of Cruise’s expedition is yet not known.

Russia has reportedly been looking for a ‘real superhero to go to the stars,’ and they made the casting announcement from the Russian Space Agency, Roscosmos in November 2020. Candidates for the female lead in the film needed to be between 25 and 40 years old, and a Russian citizen, to weigh between 50kg and 70 kg. Previous acting experience, was, however, not required. There were thousands of applications and finally, actor Peresild, 36, and director Shipenko, 37, was chosen. The Roscosmos announcement this week has triggered speculation that Russia could now be in a new kind of celebrity space race with the US.

According to Roscosmos, Peresild and Shipenko have undergone both a medical and a creative selection process. Their space flight training is set to begin in June and will include centrifuge and vibration tests, flights on a zero-gravity plane, and parachute training.

What Do We Know About the Movie?

According to Russia’s RIA news agency, the movie is about a female surgeon’s mission to perform an operation on a cosmonaut too ill to return to Earth immediately. BBC noted that the whole project will be covered by the Russian state TV Channel One and the co-producers of the movie will be Roscosmos chief, Dmitry Rogozin, and Channel One director Konstantin Ernst.

Peresild has starred in many films, big Russian dramas including The Edge and Battle for Sevastopol. Shipenko directed an award-winning disaster movie set in space—Salyut 7. He is also an actor and playwright.

The Russian space agency, Roscosmos has also announced that Japanese online fashion billionaire Yusaku Maezawa will also go on a trip to the ISS in December this year. The business tycoon will be accompanied by Japanese cameraman Yozo Hirano and Russian cosmonaut Alexander Misurkin.

(The above story first appeared on LatestLY on May 14, 2021 01:15 PM IST. For more news and updates on politics, world, sports, entertainment and lifestyle, log on to our website latestly.com).