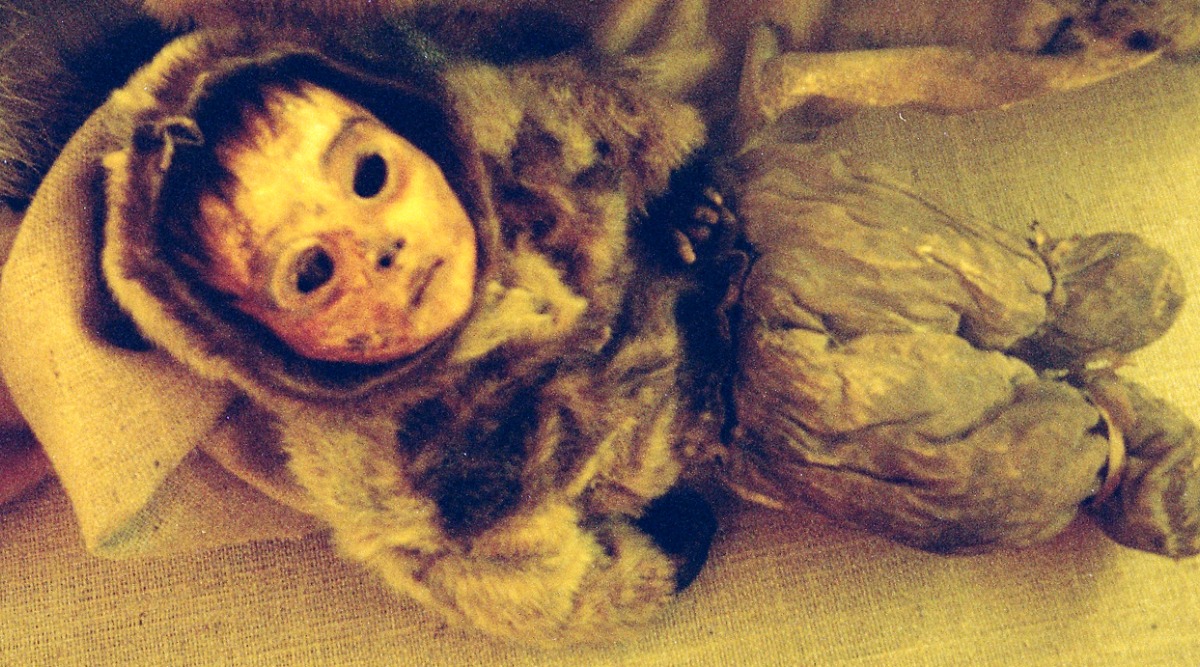 Mummies of eight Inuits including a six-month-old baby boy from 500 years ago have been unearthed in North America. The family of eight including three sisters, their three daughters and their sons, four and six months old were discovered at the abandoned Qilakitsoq encampment on the Nuussuaq Peninsular near Uummannaq in Greenland. The findings were uncovered by Grouse hunters Hans and Jokum Grønvold in 1972. It was found under a cave beneath a rocky outcrop. As the mummies were well preserved, the group reported it to the police. Pictures show mummies with their skin, hair, eyebrows and fingernails in place. They were bundled in animal fur preserving them for the afterlife.

According to The Sun, the family died around 1475 AD ad mummification could have happened due to the cold temperatures. Six women in the findings have tattoos on their foreheads and chins. The settlement was on the west coast of Greenland, located 280 miles north of the Arctic. Egyptian Archaeologists Discover 50 Mummies at Ancient Burial Site Near Cairo; View Pics.

Video Of the 500-Year-Old Mummies Found in Greenland:

As per the Inuit culture, if the mother passes away, her children are also buried with her. Even if they were alive, they are kept in one place for the afterlife. The women in the group are believed to have died of natural causes like kidney stones, constipation and other health issues. The sisters were believed to be aged between 50 while their daughters are between 18 and 30.

According to researchers, the four-year-old boy had Down Syndrome; according to ancient practice, these children are generally buried alive. Four of the Inuit are now displayed at the Greenland National Museum in Nuuk.