As several users complained of facing trouble while using Twitter, the microblogging platform acknowledged that it suffered a partial outage and blamed "internal systems change" for it. 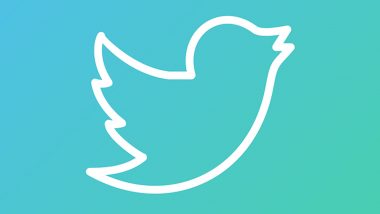 San Francisco: As several users complained of facing trouble while using Twitter, the microblogging platform acknowledged that it suffered a partial outage and blamed "internal systems change" for it. However, the platform said it has now fixed the issue. Twitter To Let Users Know if Embedded Tweet Has Been Edited.

"We fixed it! We made an internal systems change that didn't go as planned and have rolled it back. Twitter should now be loading as expected. Sorry about that!" the platform tweeted on late Tuesday.

According to Downdetector, more than 33,000 users had reported an outage of the service, which appeared to have started shortly after 2 p.m Tuesday. Almost half the complaints were about the app, and 45 per cent about the website version of the microblogging platform.

"It was a bit annoying that api.twitterstat.us showed all green 'All Systems Operational' while my Twitter web client was not loading during the outage," a user wrote. "This is why Elon Musk had to buy you," taking a dig at the platform, another user wrote.

Last month, the platform suffered a mega outage as several users worldwide had error messages like "this page is down". While 65 per cent were unable to log in to the Twitter website, 34 per cent had issues with the app. Several users also faced "over capacity" error messages across Twitter web, mobile and the TweetDeck app.

(The above story first appeared on LatestLY on Aug 10, 2022 10:36 AM IST. For more news and updates on politics, world, sports, entertainment and lifestyle, log on to our website latestly.com).