Twitter recently made an unnecessary change that made it difficult to see chronological feed by default, leaving millions of users frustrated, but now the firm has announced that it would be reverting things to the way they used to be. 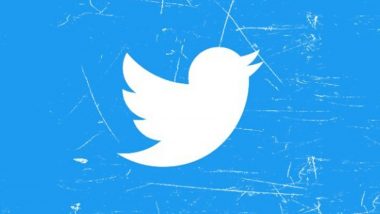 New Delhi: Twitter recently made an unnecessary change that made it difficult to see chronological feed by default, leaving millions of users frustrated, but now the firm has announced that it would be reverting things to the way they used to be. Twitter Makes It Difficult To See Chronological Feed, Users Annoyed.

"We heard you -- some of you always want to see the latest Tweets first," Twitter said in a tweet on its support account. "We have switched the timeline back and removed the tabbed experience for now while we explore other options."

Now, the "Latest Tweets" tab has been removed from the iPhone app and users will get the old Home tab back with the option to show the latest tweets at the top in chronological order.

"We take feedback seriously, and in this case, we heard the new pinned Home and Latest wasn't giving you the level of control over your timeline that you want," Twitter spokesperson Shaokyi Amdo said in a statement to The Verge.

Twitter first began rolling out its algorithmic timeline in 2016 and introduced the sparkle icon to let users toggle between the algorithmic and reverse chronological feeds in 2018. Meanwhile, Twitter has announced that it is testing new accessibility features to make alt text descriptions significantly more useful and prominent for everyone on the platform.

With the change, images that have descriptions will be given a badge that says "alt" and clicking on that badge will show the description.

The change has been a long time coming, but that's not necessarily a surprise -- Twitter didn't have a dedicated accessibility team until 2020. According to Twitter, around 3 per cent of users will get to try out the new features for a month, and it will roll out globally at the beginning of April.

(The above story first appeared on LatestLY on Mar 15, 2022 10:46 AM IST. For more news and updates on politics, world, sports, entertainment and lifestyle, log on to our website latestly.com).