The chief data protection regulator in the UK has expressed grave concerns over the inappropriate use of live facial recognition (LFR) technology in public places. 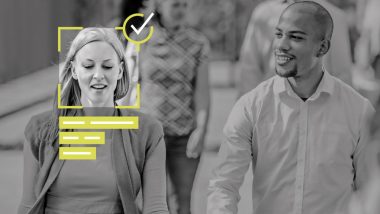 London: The chief data protection regulator in the UK has expressed grave concerns over the inappropriate use of live facial recognition (LFR) technology in public places. Unlike CCTV, LFR and its algorithms can automatically identify who you are and infer sensitive details about you. It can be used to instantly profile people to serve up personalised adverts or match their images against known shoplifters as they do their weekly grocery shop. UK’s Watchdog Opens Probe Into Apple App Store Policies: Report.

"Organisations will need to demonstrate high standards of governance and accountability from the outset, including being able to justify that the use of LFR is fair, necessary and proportionate in each specific context in which it is deployed," the UK watchdog emphasised.

🆕We’ve published a Commissioner’s Opinion on the use of live facial recognition (LFR) technology in public places. In her blog, Elizabeth Denham says that we have an opportunity to ensure LFR does not expand without due regard for data protection.

"I am deeply concerned about the potential for live facial recognition (LFR) technology to be used inappropriately, excessively or even recklessly. When sensitive personal data is collected on a mass scale without people's knowledge, choice or control, the impacts could be significant," Elizabeth Denham, UK Information Commissioner, said in a statement. "And it explains how the law sets a high bar to justify the use of LFR and its algorithms in places where we shop, socialise or gather," Denham said.

In future, there's the potential to overlay CCTV cameras with LFR, and even to combine it with social media data or other "big data" systems -- LFR is supercharged CCTV.

The UK Information Commissioner has also published a detailed opinion on the use of LFR in public places by private companies and public organisations. It explains how data protection and people's privacy must be at the heart of any decisions to deploy LFR. In the US, people did not trust the facial recognition technology. Some cities banned its use in certain contexts and some major companies (like Microsoft and Amazon) have paused facial recognition services until there are clearer rules.

(The above story first appeared on LatestLY on Jun 21, 2021 05:28 PM IST. For more news and updates on politics, world, sports, entertainment and lifestyle, log on to our website latestly.com).