The UK's anti-trust regulator on Thursday said it has opened a probe into Apple App Store policies over complaints from several developers that the tech giant's terms and conditions are unfair and could break competition law. 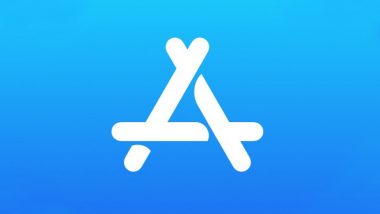 London: The UK's anti-trust regulator on Thursday said it has opened a probe into Apple App Store policies over complaints from several developers that the tech giant's terms and conditions are unfair and could break competition law. The Competition and Markets Authority (CMA) said in a statement that all apps available through the App Store have to be approved by Apple, with this approval hinging on developers agreeing to certain terms. Apple iPhone SE 3 Likely To Be Launched Next Year, Could Get New Chipset & 5G Support.

"The complaints from developers focus on the terms that mean they can only distribute their apps to iPhones and iPads via the App Store. These complaints also highlight that certain developers who offer 'in-app' features, add-ons or upgrades are required to use Apple's payment system, rather than an alternative system," the UK watchdog said.

Apple charges a commission of up to 30 per cent to developers on the value of these transactions or any time a consumer buys their app. The CMA's investigation will consider whether Apple has a dominant position in connection with the distribution of apps on Apple devices in the UK and, if so, whether Apple imposes unfair or anti-competitive terms on developers using the App Store, ultimately resulting in users having less choice or paying higher prices for apps and add-ons.

This is only the beginning of the investigation and no decision has yet been made on whether Apple is breaking the law, the CMA said. The UK probe comes at a time when the US lawmakers are also questioning Apple as part of a major antitrust probe into big tech.

"Complaints that Apple is using its market position to set terms which are unfair or may restrict competition and choice -- potentially causing customers to lose out when buying and using apps -- warrant careful scrutiny," said Andrea Coscelli, Chief Executive of the CMA.

The European Commission (EC) currently has four open antitrust probes into Apple. These include three open investigations into App Store. An Apple spokesperson told TechCrunch that the company created the App Store to be a safe and trusted place for customers to download the apps they love and a great business opportunity for developers everywhere. The spokesperson said that the company "looks forward to working with the UK Competition and Markets Authority to explain how our guidelines for privacy, security and content have made the App Store a trusted marketplace for both consumers and developers".

(The above story first appeared on LatestLY on Mar 05, 2021 10:54 AM IST. For more news and updates on politics, world, sports, entertainment and lifestyle, log on to our website latestly.com).