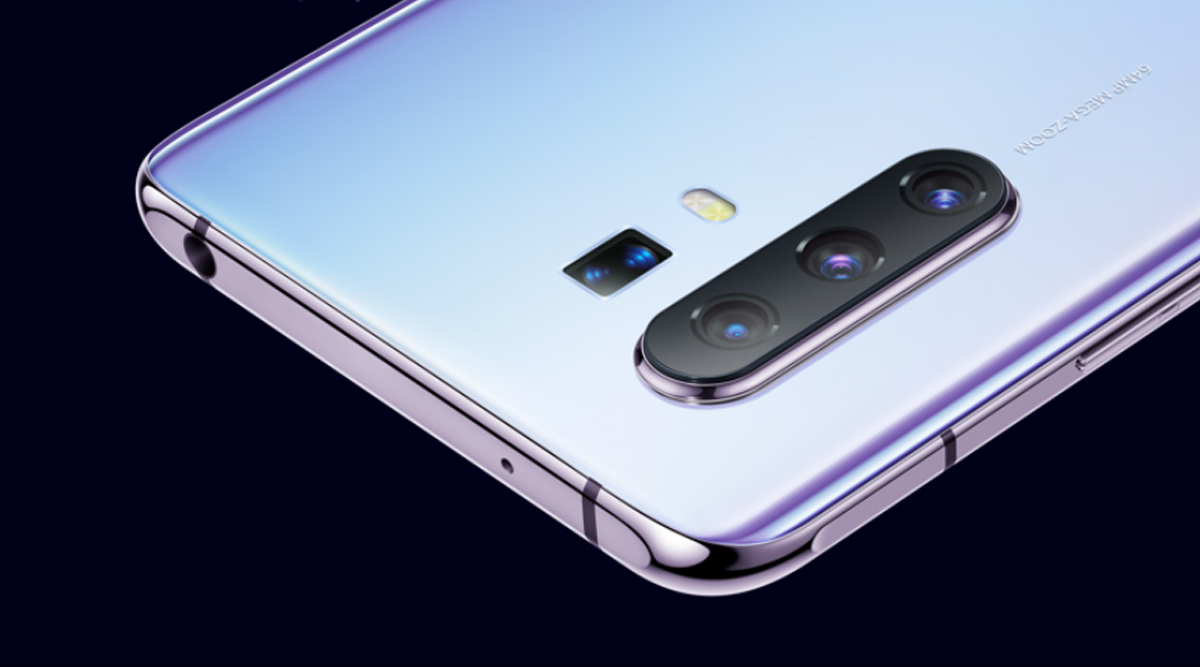 Vivo, the Chinese smartphone brand is all set to launch the new Vivo X30 series in the home market. Scheduled to be launched tomorrow in China, the Vivo X30 and Vivo X30 Pro phones were confirmed by the company maker that would go official on December 16. Both the devices will be compatible with 5G support and will pack the Exynos 980 SoC chipset. As the company approaches the launch, a new set of images have surfaced on the internet, revealing the overall design of Vivo X30 Pro. The alleged images confirm that the handset will carry a quad rear camera and a periscope lens. Additionally, the device can also be seen with a punch-hole design housing a selfie camera. Vivo V17 Smartphone With World’s Tiniest Front Punch-Hole Camera & 4,500mAh Battery Launched In India.

Courtesy of Weibo, the alleged images of Vivo X30 Pro shows similar design as that of Vivo X30, which we have seen previously in a couple of renders.

The image reveals that the phone will pack a vertically aligned camera module at the back with a rectangular setup featuring a periscope lens. To recall, we saw similar camera positioning on VivoX30 official teasers that revealed up to 60X digital zoom.

As far as the specifications are concerned, the smartphone is tipped to sport a 6.5-inch AMOLED display screen with 90Hz of refresh rate. Under the hood, there will be an Exynos 980 5G chipset from Samsung that will be paired up to 12GB of RAM and up to 256GB of onboard storage. Vivo V17 With Quad Rear Camera Launched in India; Check Price, Features, Online Sale & Specifications

For photography, the camera is expected to get a quad-camera module at the back. The setup is tipped to include a 64MP primary sensor with EIS and OIS. The main sensor could be assisted with two 13MP cameras along with a 12MP shooter. At the front, the company is likely to bring a 32MP snapper for video calls and selfies. The phone is likely to be backed by a 4,500 mAh battery with a 44W flash charge.