Earlier the government had also blocked hundreds of Chinese apps, including PUBG Mobile, TikTok, Camscanner and more as the government feared these platforms were sending user data to China. 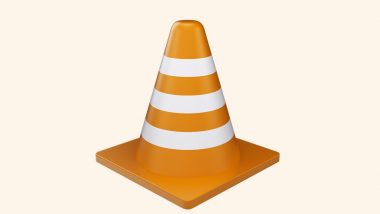 Popular media player and streaming media server VLC media player has stopped working in India. According to a report by MediaNama, the VLC player made by the VideoLAN project was blocked in India about two months ago, but the Indian government or the company has not shared any details about this ban.

However, if you have the software installed on your device, it should still be working.

According to reports, VLC Media Player has been blocked in the country since China-backed hacking group Cicada was using the platform for cyber attacks. Security experts, had few months ago discovered that Cicada was using VLC Media Player to deploy a malicious malware loader as part of a long-running cyber attack campaign. Elon Musk Teases His Social Media Website ‘X.com’ Amid Legal Battle With Twitter

VLC Media Player website and download link are currently banned in India. In simple words, this means that no one in the country can access the platform for any work. This is seemingly the case for users who have the software installed on their device. As per reports, VLC media player is blocked on all major ISPs including ACT Fibernet, Vodafone-Idea and others. BGMI Ban: Krafton Says Will Cooperate With Indian Govt To Resolve Ban on Battlegrounds Mobile India

Recently, the Indian government has blocked the Indian version of PUBG Mobile, BGMI in the country and it has been removed from the Google Play store and Apple App Store.

Earlier the government had also blocked hundreds of Chinese apps, including PUBG Mobile, TikTok, Camscanner and more as the government feared these platforms were sending user data to China.

(The above story first appeared on LatestLY on Aug 13, 2022 11:46 AM IST. For more news and updates on politics, world, sports, entertainment and lifestyle, log on to our website latestly.com).