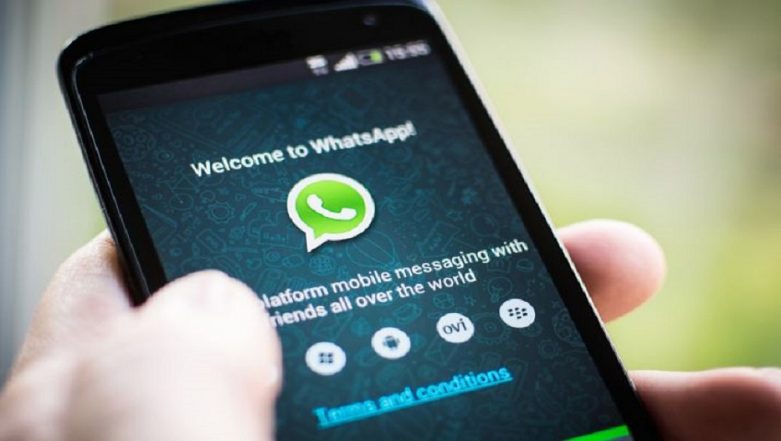 New Delhi, April 7: In a bid to minimize fake news on its platform, WhatsApp is now testing a new feature within its Groups Settings to help users stop sending "Frequently Forwarded" messages. The Facebook-owned platform is already working on two features that will help its over 1.5 billion users know how many times a message has been forwarded. The option will be available in Group Settings and only administrators can see and edit it. WhatsApp 'Checkpoint Tipline' of No Use to Detect Fake News For 2019 Lok Sabha Elections.

The "Forwarding Info" and "Frequently Forwarded" features are not available yet but WhatsApp is working on these features in its Beta update for Android, said wabetainfo.com that tracks WhatsApp updates.

Now, in the "2.19.97 beta update, WhatsApp is testing a new feature in groups that allows to choose to stop sending Frequently Forwarded Messages in the group," it said.

A message is Frequently Forwarded when it has been forwarded more than four times. Currently, WhatsApp has limited the forwards to a maximum of five in India.