The twenty-five students were rushed to the Bursa Training and Research Hospital for treatment. 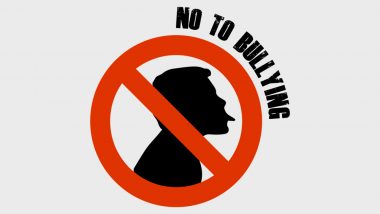 School bullying has known to have lasting psychological effects on people, even adults, however, this one case from Bursa, Turkey will have shown how bullying when avenged can create havoc. This 9-year-old primary school student who is believed to have bullied at school which is in the Yildirim district sends 25 of his classmates to the hospital after putting glue in their water bottles for revenge. Little Boy’s Angry School Photo Goes Viral; Mom Says Pictures Were Used Without Permission.

This little boy sneaked into the classroom while his classmates took the PE class outside. He went ahead to unscrew the tops of the bottle and mix liquid glue into the bottle and then replaced the lids. As soon as the PE class was over the students returned to their classrooms thirsty and as soon as they drank their water and 25 of them fell ill. They had to be immediately rushed to the hospital, as per reports by Daily Mail.

The act is said to have been taken in revenge. The twenty-five students were rushed to the Bursa Training and Research Hospital for treatment and one of the parents told to Daily Mail: 'One of the pupils put glue in the water bottles of our children, the paramedics are checking them, luckily it seems they're all OK.'

The child who committed the act has admitted his mistake and has said that he was "getting his own back" on classmates who had bullied him, as per reports by Daily Mail. All the kids are fine and have managed to return home safely.

(The above story first appeared on LatestLY on Feb 27, 2019 09:26 AM IST. For more news and updates on politics, world, sports, entertainment and lifestyle, log on to our website latestly.com).