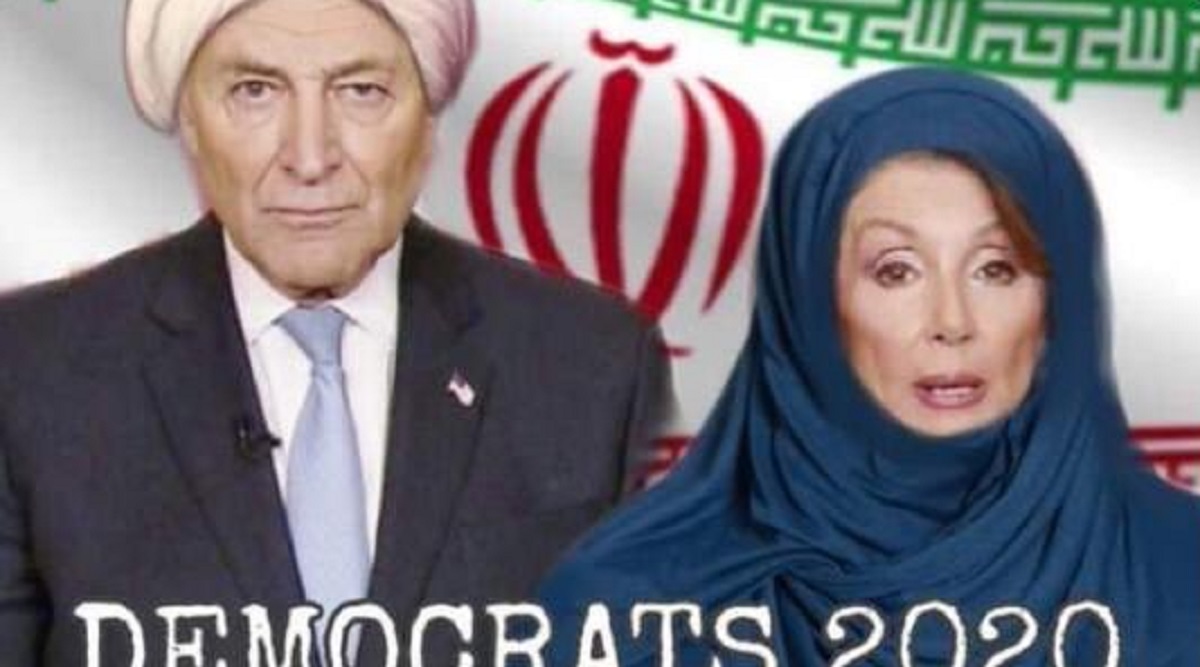 Retaliating to Trump's retweet, scores among the Twitterati marked their dissent. The President was accused of spreading racism and xenophobia by deriding the cultural and religious customs of Middle East. He was also questioned whether he would similarly ridicule a hijab-wearing woman of Saudi Arabia -- a close ally of the United States.

Your sick president who you enable tweeted a “joke” of Speaker Pelosi in hijab, implying that she and all Democrats support terrorists. Are you going to speak to that issue? Do you consider that to be acceptable? You have become as sick and ugly as Trump is.

Are Saudi women terrorists because they wear hijabs?

Trump says hijabs 🧕 are associated with “terrorism,” in a FAKE tweet of Nancy Pelosi.

If what Trump posted today is true, journalists must ask why Trump supports the “terrorist” kingdom of Saudi Arabia🧕 .

Trump Retweets Fake Image of Pelosi in Hijab Standing in Front of Iranian Flag. I used to black out the front tooth of pictures in magazines, draw mustaches on women etc. But I was 10 years old then https://t.co/NPMJexbxlZ

'What's Wrong With You?'

@realDonaldTrump “WHAT’S WRONG WITH YOU?Trump Retweets Fake Image of Pelosi in Hijab Standing in Front of Iranian Flag”.Will you ever grow up? You are so full of hate with no ability to moderate words or actions. #Trumpstillaspoiledbrat

White House Press Secretary Stephanie Grisham, on being asked by Fox News to explain why Trump had retweeted the offensive image, said he was not targeting any religion but only attempting to expose the Democrats for their support to "rogue Iranian regime". Trump believes that the Democrats are “parroting Iranian talking points” and “almost taking the side of terrorists", she was reported as saying.