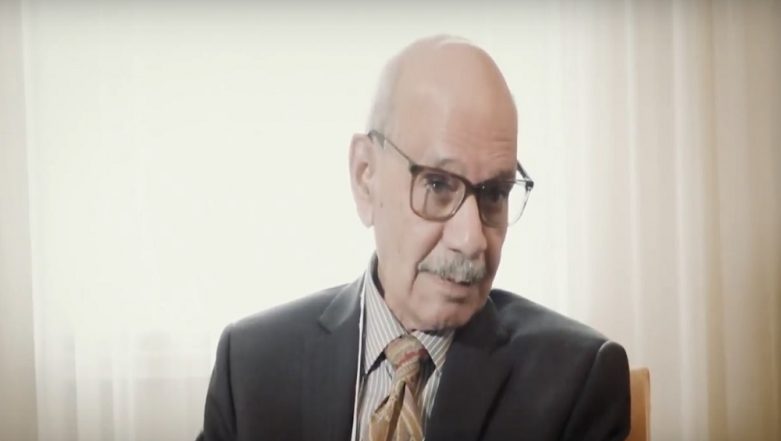 Islamabad, May 28: Pakistan government has placed the name of the Former chief of the Inter-Services Intelligence (ISI) Lieutenant General (retd) Asad Durrani on the Exit Control List (ECL) on Monday, sources told Geo News. Lieutenant General (Retd.) Durrani was called in at the Pakistan Army's General Headquarters (GHQ) in Rawalpindi for an explanation on the recently launched book "Spy Chronicles: RAW, ISI and the Illusion of Peace".  The book is co-authored by Asad Durrani and the former Research and Analysis Wing (RAW) chief Amarjit Singh Dulat.

The Pakistan’s military establishment was not satisfied with Durrani’s clarification. The court of inquiry was ordered to investigate to look into the matter. In a press release, Inter-Services Public Relations (ISPR) said, "Lt-Gen (retd) Asad Durrani was called at GHQ today to explain his position on the recently launched book 'Spy Chronicles'. A formal Court of Inquiry headed by a serving Lt-Gen [three-star general] has been ordered to probe the matter in detail. " Durrani’s name has been placed on ECL just a few hours after the press release.

"Competent authority approached to place his name on ECL."

Lt Gen Asad Durrani, Retired was called at GHQ today to explain his position on recently launched book ‘Spy Chronicles’. A formal Court of Inquiry headed by a serving Lt Gen has been ordered to probe the matter in detail. Competent authority approached to place his name on ECL.

Senator Raza Rabbani, former Chairman Senate, raised serious concerns over the content of the book. According to Rabbani, the details penned down in the book by ex-ISI chief have brought the national security of the country at risk. The Pakistan’s military establishment rejected many claims made by Durrani in the book. It termed them baseless and contrary to facts.

The Book was launched in India on May 23. Durrani missed the book launch as he was denied an Indian visa. In the book, Durrani claimed that then Pakistan Prime Minister Yousaf Raza Gillani was fully aware of the US Navy Seals’ operation in Abbottabad to kill Osama Bin Laden. Durrani also claimed that Pakistan would hand over Kulbhushan Jadhav to India as it had mishandled his case.