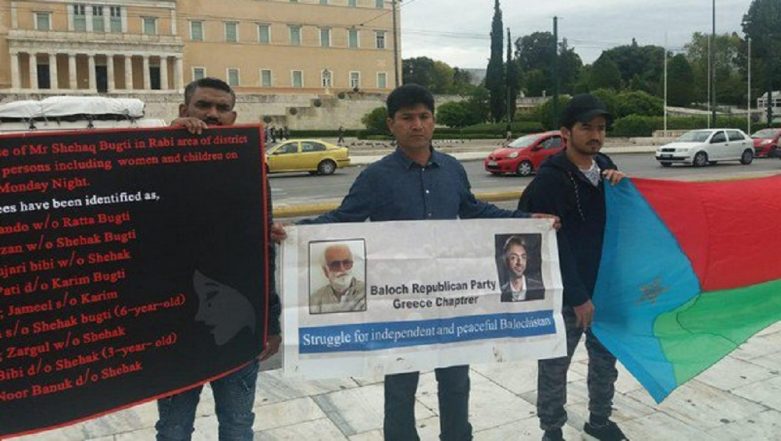 Athens, May 5: On Sunday, the Greece chapter of the Baloch Republican Party (BRP) organised protests in Athens against the recent abductions of Baloch women and children during Pakistani military operations in Balochistan, according to a press release. The operations allegedly took place in Balochistan's Mashkay, Awaran and Naseerabad areas on Monday. Furthermore, BRP Greece Chapter's President, Aslam Kiyyazi, claimed that the Pakistan Army abducted four Baloch women along with their five children during the military operation.

"A few days ago, Pakistani forces abducted several women and children in Awaran and Mashkay. Some were released while others are disappearing till date," Kiyyazi said during the protests. Pakistan: 27 Killed in Deadly Oil Tanker-Bus Collision in Balochistan Province.

"The Afghan community also participated in the protests, according to a statement issued by BRP Central spokesman Sher Mohammad Bugti. The statement also slammed the Pakistani civil society and human rights organization's silence over the "atrocities committed by the state army."