India, along with China, Japan, Germany, Switzerland and South Korea, was placed in the bi-annual currency watch list in October last year. 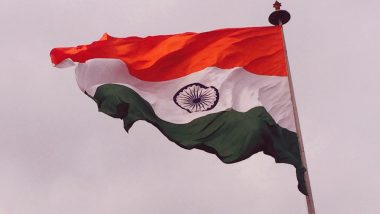 Washington, May 29: The US Treasury Department has removed India from its currency monitoring list of major trading partners. In its semi-annual report to US Congress on International Economic and Exchange Rate Policies, the department on Tuesday removed India and Switzerland from the previous currency watch list of countries with potentially questionable foreign exchange policies.

India, along with China, Japan, Germany, Switzerland and South Korea, was placed in the bi-annual currency watch list in October last year. The US, however, continued to keep China on its watch list, while urging the Asian nation to take necessary steps to avoid a "persistently weak currency".

"Treasury continues to urge China to take the necessary steps to avoid a persistently weak currency," said US Treasury Secretary Steven Mnuchin in a statement.

Mnuchin stated that China's renminbi had fallen against the dollar by eight per cent over the last year. He also noted that China's trade surplus with the US has also widened. US Says It Could Remove India from Currency Monitoring List.

"China's goods trade surplus with US stands at $419 billion over the four quarters through December 2018," the report said.

"No trading partner was found to have met the 1988 legislative standards during the current reporting period," the report concluded.

(The above story first appeared on LatestLY on May 29, 2019 08:14 AM IST. For more news and updates on politics, world, sports, entertainment and lifestyle, log on to our website latestly.com).