Pervez Musharraf Unlikely to Return to Pakistan on May 1 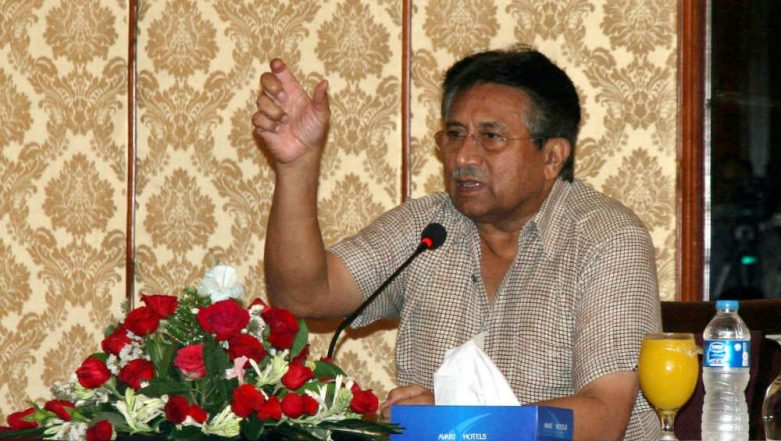 Islamabad, April 28: Following an announcement that former Pakistan President Pervez Musharraf will appear before a special court on May 2, it was learnt that he might not return to the country because of his medical boards recommendation and family pressure not to do so. Pervez Musharraf to Return to Pakistan on May 1, Says Counsel.

"Gen Musharraf is eager to come to Pakistan and wants to appear before the court. He has been suffering from severe backbone pain and the medical board has advised him not to travel. Moreover, he has been facing pressure from his family that he should not travel at the cost of his health. However, as everyone knows that Gen Musharraf is a man of his words so still there are 50 per cent chances of his return," advocate and member of the All Pakistan Muslim League Ali Nawab Chitrali, told Dawn news on Saturday night.

Earlier Saturday, Musharraf's lawyer Salman Safdar claimed that the former president, who has been facing a high treason case, would reach Pakistan on May 1 and will appear before the special court the next day. Pervez Musharraf Hospitalised After His Health Condition Deteriorates Due to Reaction From Rare Disease.

The special court, which is hearing a treason case against the former army chief, had ordered him to appear before it on May 2. Chitrali, who claimed that he had contacted a close associate of Musharraf, said that it was very difficult for the ailing former leader to travel, but he was eager to come to Pakistan.