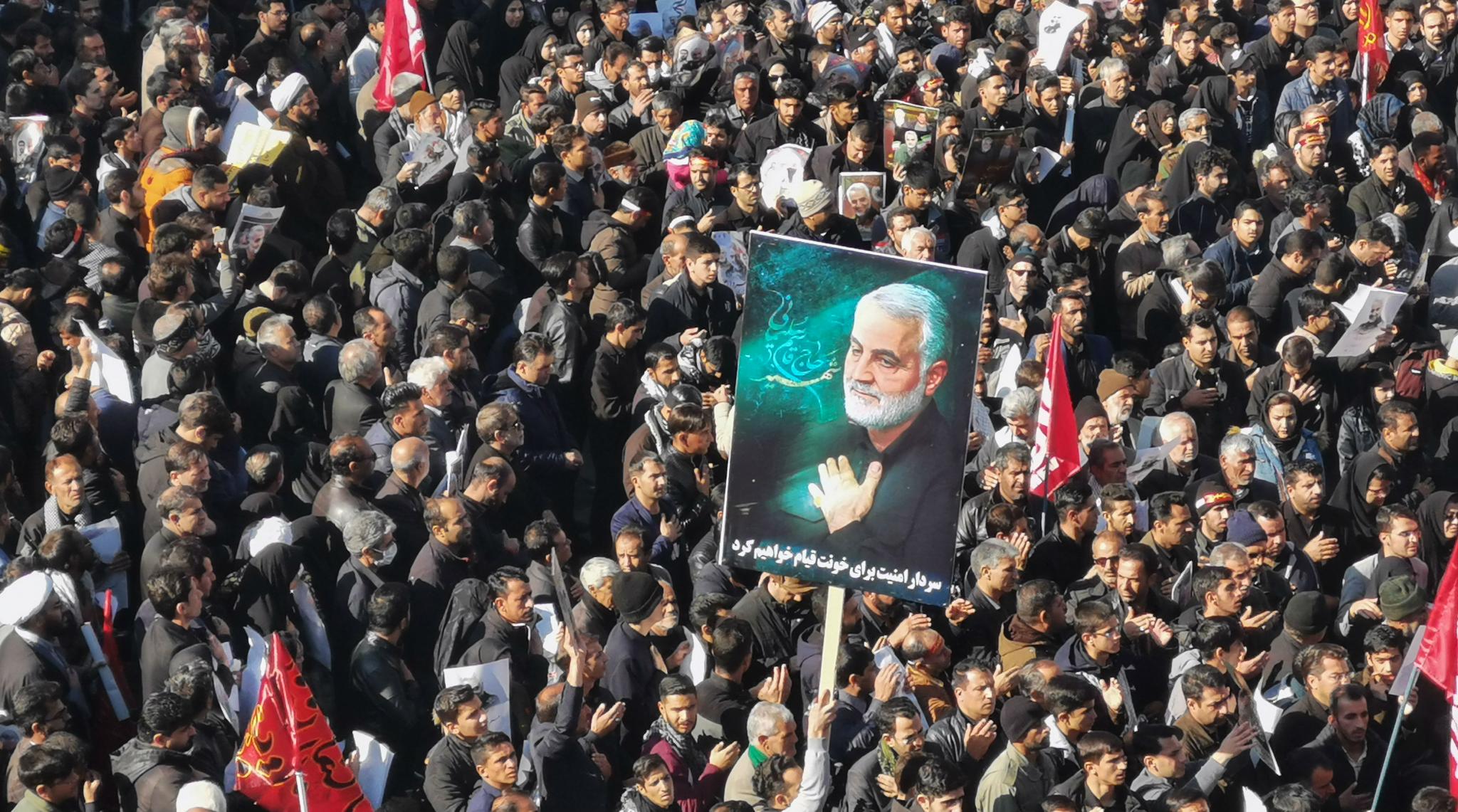 Kerman, January 7: A number of Iranian mourners died Tuesday in a stampede during a funeral procession in the city of Kerman for a top general killed in a US strike, state television said.

"A number of citizens who were taking part in the funeral procession were injured and a number lost their lives," the head of the country's emergency services, Pirhossein Koolivand, told the channel. Iranian President Hassan Rouhani Reminds America of 'Number 290' & IR655 After US President Donald Trump Threatens of Attacking 52 Targets in Islamic Republic.

AFP correspondents in Kerman said the streets of the southeastern city were packed with mourners for the funeral of Republican Guards commander Qasem Soleimani in his hometown.

Soleimani, the hugely popular head of the Guards' Quds Force, was assassinated on Friday in a US drone strike near Baghdad international airport, in an operation that shocked the Islamic republic.

Tuesday's funeral comes after days of processions through the streets of Ahvaz in southwestern Ian, the capital Tehran, the holy city of Qom and far northwestern city of Mashhad.