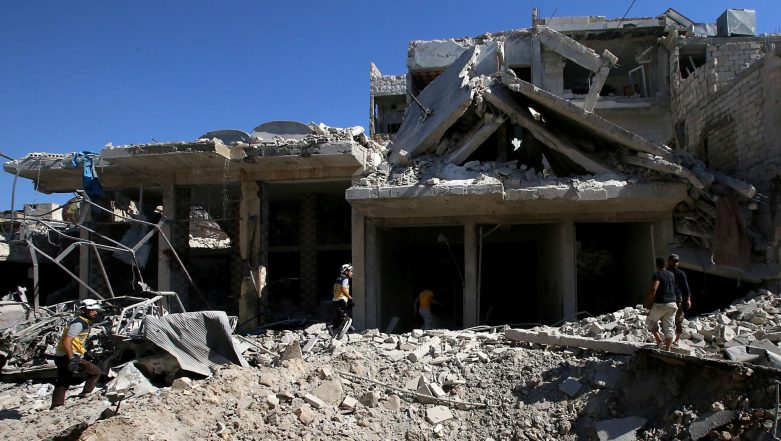 Beirut, July 22: Syrian opposition activists say an airstrike on a busy market in a rebel-held town in northwestern Syria has killed at least 19 people. The Britain-based Syrian Observatory for Human Rights says the airstrike took place in the town of Maaret al-Numan on Monday and also wounded more than 30 people. Syria: Citizen Journalist Among 11 Civilians Killed in Air Raids.

The Thiqa news agency, an activist collective in northern Syria, gave a hgher death toll,s aying the strike killed 20 people. Syrian government forces launched an offensive in Idlib province more than two months ago but have made little progress since.

The province is the last major rebel stronghold in the country. The offensive began in late April and has killed more than 2,000 people and displaced more than 300,000 so far.