Streamer Discovery Plus on Wednesday unveiled its new programming line-up, featuring shows like Mission Frontline with Sara Ali Khan, season two of Star vs Food and the Indian adaptation of Say Yes To The Dress. 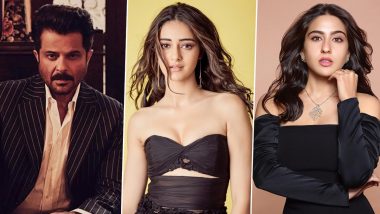 "Star vs Food" season two, in collaboration with Korea Tourism, will see celebrities setting themselves up against the challenge of cooking a meal for their loved ones. On "Mission Frontline with Sara Ali Khan", the "Love Aaj Kal" star will be seen in action with the Veerangana Force in Assam. "The audience will get to see her in a never-seen-before avatar performing extreme physical training routines alongside the Veerangana Force, India's first female commando unit to tackle rising crime against women in the state," a statement from the streamer read. Citizen Penn: Sean Penn’s Documentary To Launch on Discovery Plus on May 6.

According to the streamer, American reality TV series "Say Yes to the Dress" will be adapted for the Indian audience, giving brides a "once in a lifetime opportunity as they search for their perfect wedding dress." The show has been adapted into an eight-episodic series and will follow the lives of 16 brides-to-be. The online auditions for the show have begun. "The show produced by ABP Studios, gives the audience an exceptional chance to experience the glitz and glamour of it all, as celebrated stylists try to get the brides say 'yes' to the elusive dress, whilst making it an intimate, poignant, and memorable experience for the audiences," the statement read.

Discovery Plus also launched its original series "Money Mafia". Produced by Chandra Talkies, the series aims to document India's "biggest scams". The series began streaming on Wednesday. The series will be an in-depth look at some of the biggest financial scams the country has ever seen from the perspective of the victims and the perpetrators, Discovery Plus said. Megha Tata, Managing Director- South Asia at Discovery Inc, said the streaming service's content slate demonstrates its "determination of bringing original, full of life, bold and unexpected stories to our audience."

"By on-boarding personalities from different walks of life like sports, Bollywood, music and comedy among others, we have made a conscious effort at expanding our reach and engaging with a new set of audience. "We aim at using our platform as a medium to connect people through the art of storytelling and the line-up ranging from documentary to reality TV has something for every generation to enjoy, further strengthening our family, facts and fun premise," Megha Tata said.

Abhishek Rege, Endemol Shine India CEO, said the announcement of the show's season two within six months of the first season was a "testament to the success of season one." "We look forward to yet another delectable season full of fun, flavour and food," Rege said. Deepak Dhar, Banijay Founder and CEO said the team is confident that their show "Mission Frontline with Sara Ali Khan" will deliver a "special message we want to convey to our target audience and inspire them".