Laal Singh Chaddha: Aamir Khan And Kareena Kapoor Khan’s Film’s Trailer To Be Unveiled On The Day Of IPL 2022 Finale

The trailer for Aamir Khan and Kareena Kapoor starrer Laal Singh Chaddha is scheduled to be released on May 29, 2022, on the day of the IPL 2022 finale. 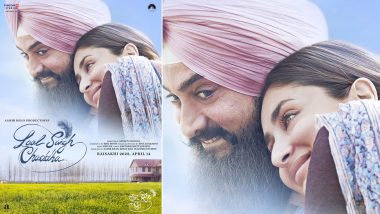 Laal Singh Chaddha, Aamir Khan's comedy-drama, is one of the most anticipated films of the year and fans have been impatiently waiting for the teaser. Meanwhile, the makers of Laal Singh Chadha recently released two songs from the film, "Kahani" and "Main Ki Karan", which have won the hearts of fans.

The movie features Kareena Kapoor Khan, Naga Chaitanya, and Mona Singh and is directed by Advait Chandan. The film is adapted from the American movie Forrest Gump which was released in 1994 in the United States. It will be released in theatres on August 11, 2022.