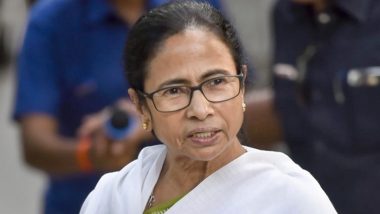 The Chief Minister highlighted that, if this appeal comes into effect, it will allow the entire nation to pay homage to the national leader and celebrate 'Desh Nayak Dibas' in the most befitting manner.

In a series of tweets, Banerjee said, "Homage to Deshnayak Netaji Subhas Chandra Bose on his 125th birth anniversary. A national and global icon, Netaji's rise from Bengal is unmatched in the annals of Indian history."

"He is an epitome of patriotism, courage, leadership, unity and brotherhood. Netaji has been and will continue to be an inspiration for generations," she said.

"GoWB is celebrating his 125th Birth Anniversary as #DeshNayakDibas in a befitting manner all over the state following protocols," the Chief Minister added.

"We again appeal to the Central Government that Netaji's birthday be declared a National Holiday to allow the entire Nation to pay homage to the National Leader and celebrate #DeshNayakDibas in most befitting manner," she tweeted.

"Drawing inspiration from Netaji's thoughts on National Planning Commission, a Bengal Planning Commission will be set up to help the state in its planning initiatives." The Chief Minister said that this year a tableau will be displayed on the Republic Day Parade on 'Netaji' and will also feature other eminent freedom fighters from Bengal to commemorate the 75th year of Independence of our country.