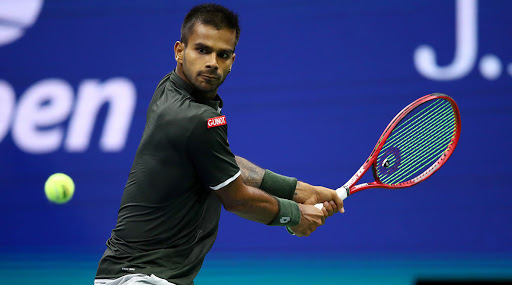 Melbourne, January 16: India's Sumit Nagal suffered a straight-set loss in the first round to crash out of the men's singles qualifiers of the Australian Open here on Thursday. Nagal, seeded 21st in the qualifiers, was shown the door by Mohamed Safwat of Egypt 7-6 (2) 6-2 after a one hour and 28 minutes contest. Sania Mirza Continues Her Winning Run Post Comeback, Reaches Hobart International 2020 Women's Doubles Semi-Finals.

Prajnesh Gunneswaran remains the lone Indian in contention after advancing to the second round of the men's singles. Prajnesh defeated local wild card Harry Bourchier 6-2 6-4 to set up a second-round clash with Germany's Yannick Hanfmann. Ramkumar Ramanathan on Tuesday made an early exit along with lone Indian contender in women's singles qualifier, Ankita Raina.