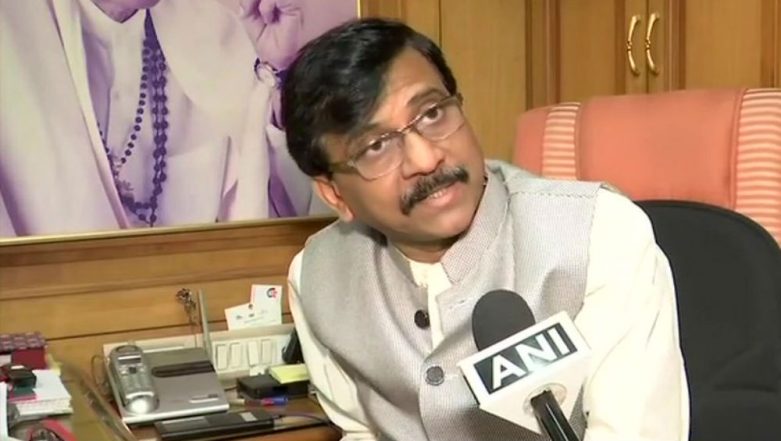 Mumbai, July 6: Shiv Sena leader Sanjay Raut Saturday called the political turmoil in neighbouring Karnataka as "real drama" and said the "collapse" of the non- BJP government there was "bound to happen". The JD(S)-Congress government in Karnataka plunged into a crisis on Saturday, with 13 MLAs of the alliance submitting their resignation to the Speaker.

Nine MLAs of the Congress and three of the JD(S) reached Speaker Ramesh Kumar's office to put in their papers on Saturday, and later met Governor Vajubhai Vala at the Raj Bhavan. One Congress MLA had resigned earlier this week. HD Kumaraswamy's Karnataka Govt to Fall? 11 MLAs of Congress-JD(S) Camp Submit Resignation to Speaker.

In a tweet in Hindi, Rajya Sabha MP Raut said, "The real drama begins in Karnataka. Non-BJP government is collapsing. This was bound to happen." While rebel JD(S) MLA A H Vishwanath told reporters in Bengaluru "14 MLAs from Congress and JD(S) have resigned", Karnataka Assembly secretariat sources said 13 legislators had put in their papers.