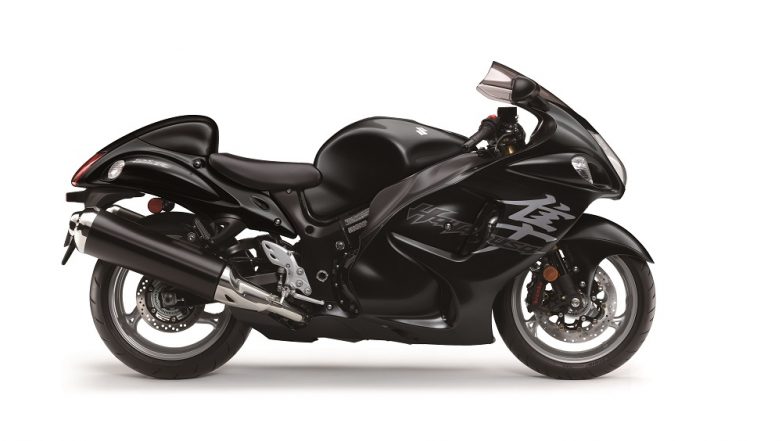 Suzuki Motorcycles India has officially launched the new 2019 edition of the most iconic motorcycle - Suzuki Hayabusa. Launched at Rs 13.74 lakh (ex-showroom Delhi), the new 2018 Suzuki Hayabusa is popularly known for the high speed and sportiness as well as huge fan base it enjoys across the globe. The newly launched 2019 Suzuki Hayabusa now comes in two new paint schemes – Glass Sparkle Black with updated graphics and Metallic Oort Gray. The sports bike also gets added pair of side reflectors for Indian conditions. 2018 Suzuki V-Strom 650 XT ABS Motorcycle Launched; Priced in India at Rs 7.46 Lakh.

The company initiated the bookings of the new 2019 edition of Hayabusa earlier this month with upfront payment of Rs 1 lakh. As the outgoing model was priced at Rs 13.65 lakh (ex-showroom), the price of the new version has been increased by approximately Rs 9000. Indian Motorcycle of the Year 2019: Royal Enfield Interceptor 650 Bags IMOTY Award.

Powering the new 2019 Hayabusa is the same 1340cc, 4-stroke, fuel injected, liquid cooled DOHC engine that is claimed to make maximum power of 197 bhp at 9,500 rpm with peak torque of 115 Nm torque at 7,200 rpm. The engine comes mated to a 6-speed gearbox. The motorcycle is brought into the Indian market via CKD route, whereas units will be assembled at company’s facility in Manesar.

Mr. Satoshi Uchida, Managing Director, SMIPL said, “For 20 years, Suzuki Hayabusa has been one of the most loved sportsbike among the enthusiasts for almost two decades and has received an excellent response in India. It is our constant endeavour to offer great products, and we are pleased to launch the 2019 edition of Hayabusa in two new colour schemes appealing to a larger fan base and enthusiasts in India.”